Meet Speedo Mick, a man who has walked almost 1000 miles for charity.

Mick has walked the length of the UK, from North to South, wearing only a pair of swimming trunks. 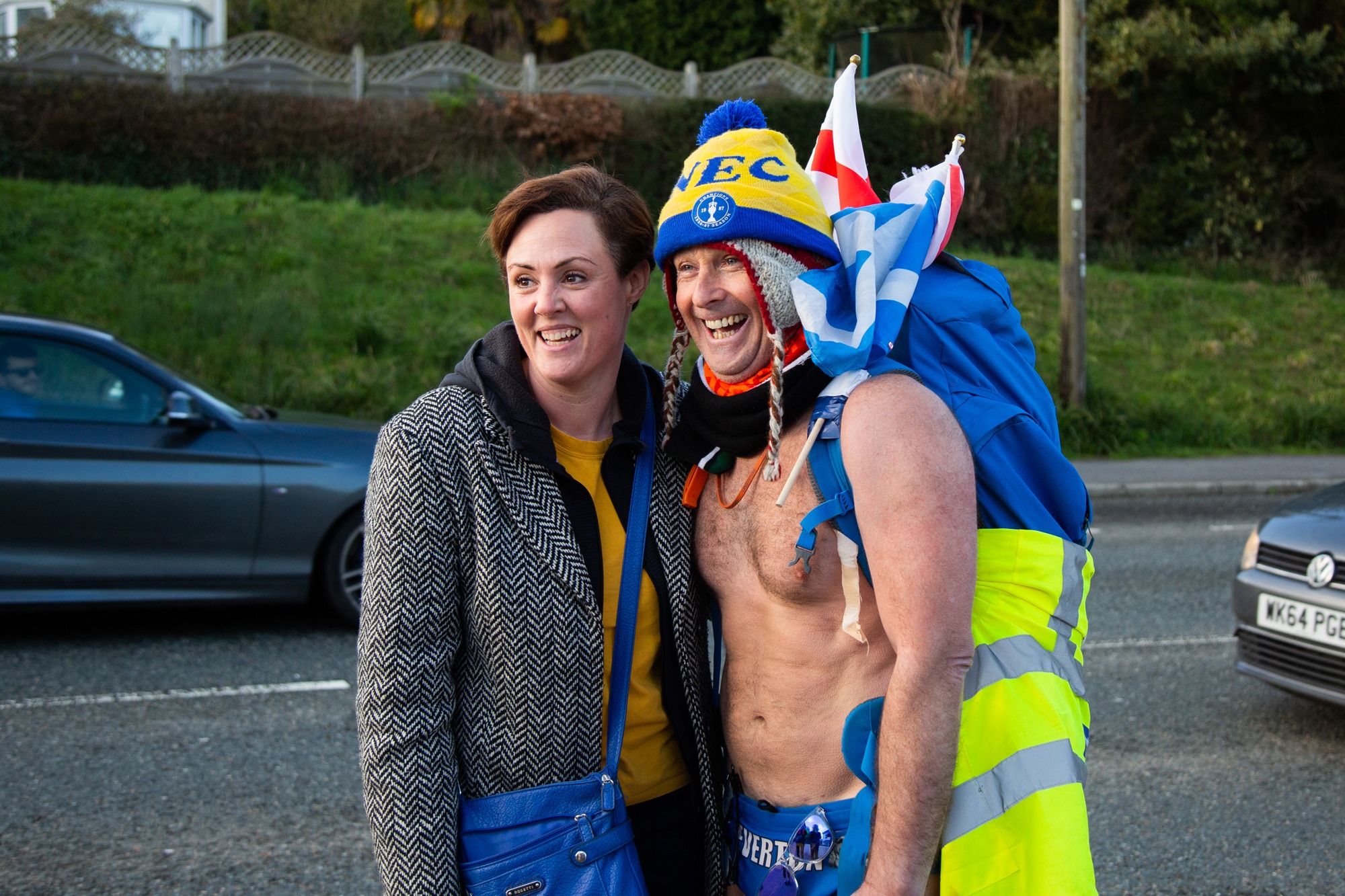 Cullen poses with a fan

His journey has been highly publicised in the media, and the 55-year-old has mad stops along the way such as a trip to Plymouth Argyle last week. 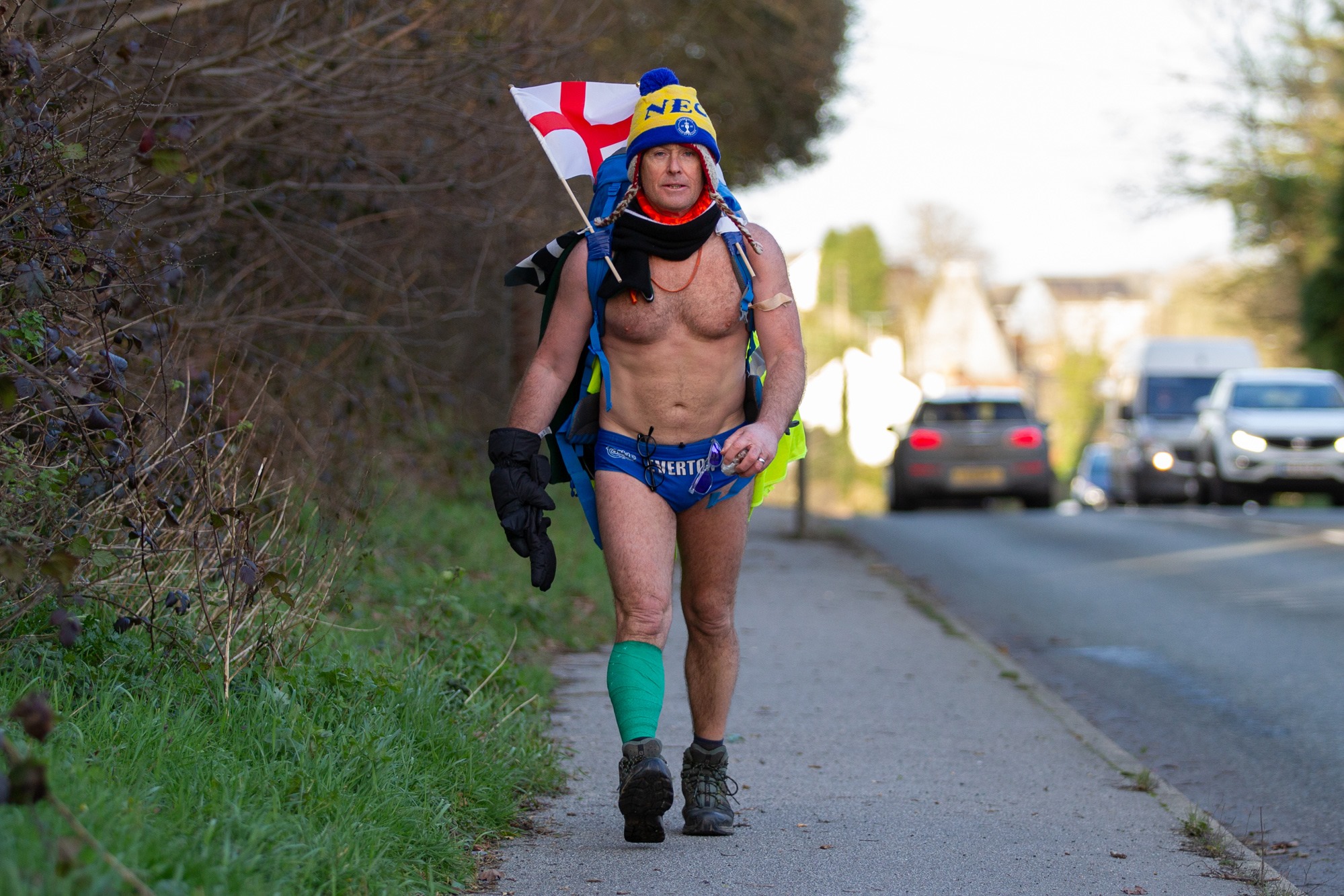 Mick, who is from Liverpool, has faced unforgiving winter weather, including the conditions brought by storms Ciara and Dennis.

He has become a celebrity over the course of his journey; cars honk in support as he passes, and fans stop him for selfies whenever they find him.

In the past, he has overcome his own challenges of addiction, homelessness and depression, but is now raising money to support “community projects for disadvantaged young people” with his charity Leave The Light On.

He has recently been nominated for a Pride of Britain award.