Many homes based along the River Severn were evacuated on Tuesday with certain houses reported as ‘already submerged by the rising waters.’

The Government’s Flood information service warns members of the community based around Severn to “be prepared” also stating: “Further rainfall is expected over the next few days, as a result we expect river levels to remain high”.

Joe Singh owner of the Severn View hotel has confirmed that it is not the first time he has experienced the effects of flooding on his property, Singh claims his hotel has suffered “years and years” of damage from previous floods;  “because we are by the river you get used to it… you know when it’s going to happen”.

Singh provided advice for people living in areas with potential flooding risks stating what he viewed as the best thing to do in the incident of a flood:  “It’s more down to yourself, to keep an eye on the rivers” Singh confirmed he has received  letters from the environment agency warning him to “be prepared for flooding” also confirming the “significantly bad” outcome his hotel has suffered so far with water “still inside the building”. 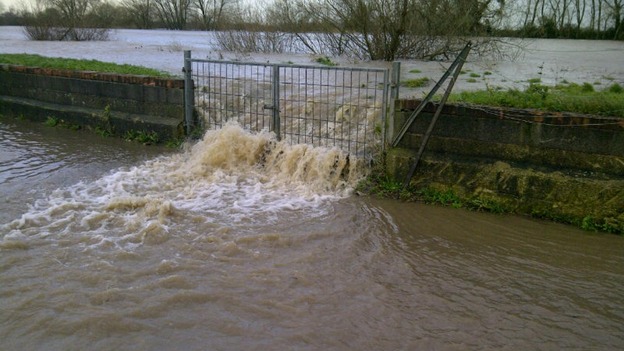 Other rivers across England and Wales including the River Lugg at Hampton Bishop have been classified by the Government as a “danger to life” with flood hit communities being warned that it will get worse before it gets better.

According to the Environment Agency, England has received 141% of its average February rainfall this month so far.  The river levels of certain rivers such as Trent Colder and Severn are reported to have set new records in recent days.

If you are at risk of flooding the Environment agency provides “practical advice on what to do to protect yourself and your property” some steps include:

“Don’t wait for a flood. Move items of personal value” including moving family and pets to safety.

Your supplier can advise you on how to do so however if needed, turn off gas, electricity and water mains supplies.

After taking action to ensure your family is safe, check on any neighbors that may need help or who are vulnerable.

Many twitter users are being affected by the floods: