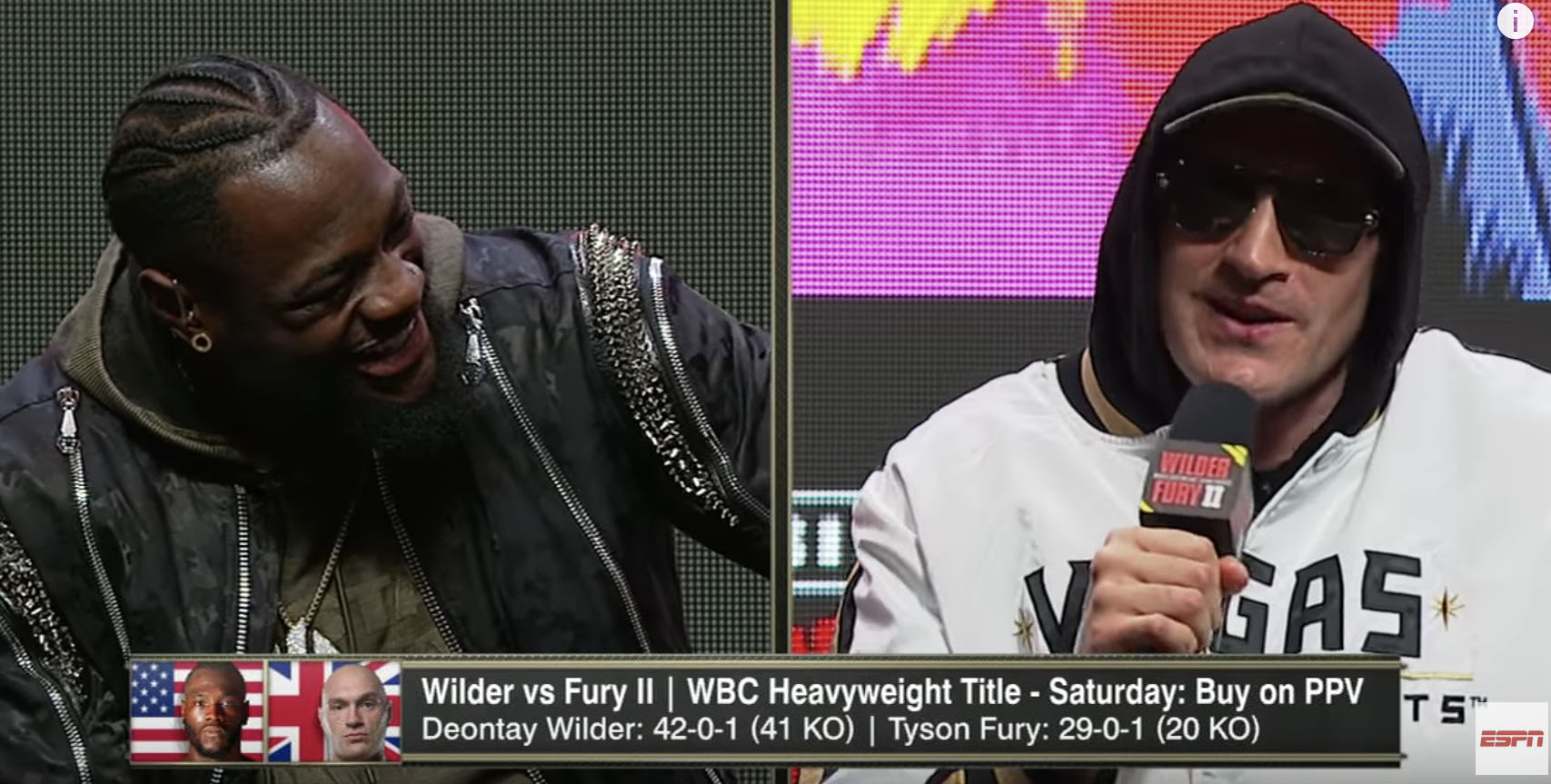 Fury and Bomber began their dispute when they faced each other on December 1st 2018, when controversially the score cards read for a draw despite popular opinions suggesting the Gypsy King deserved the victory.

Deontay Wilder, famous for his knockout ability, managed to knock his opponent down twice even though he looked exhausted from the fight.

The Gypsy King showed his determination and tenacity to gather himself from the mat and continue to put the Bronze Bomber on the back foot with his speed and agility.

The two heavy weights are competing for the WBC belt and whoever wins will receive the belt for their efforts.

Tyson Fury’s comeback from his life of drugs and mental health issues explores hope, weight gain and weight loss. Fury fell into bad habits of drinking and formed a negative relationship with drugs and addiction.

Forever controversial, Tyson has opened up and said he plans to binge on ‘cocaine and hookers’ this weekend after his fight.

The rest of the undercard for the night is as follows:

The odds look very even across the bookies, the contest will be incredible and that’s for sure.