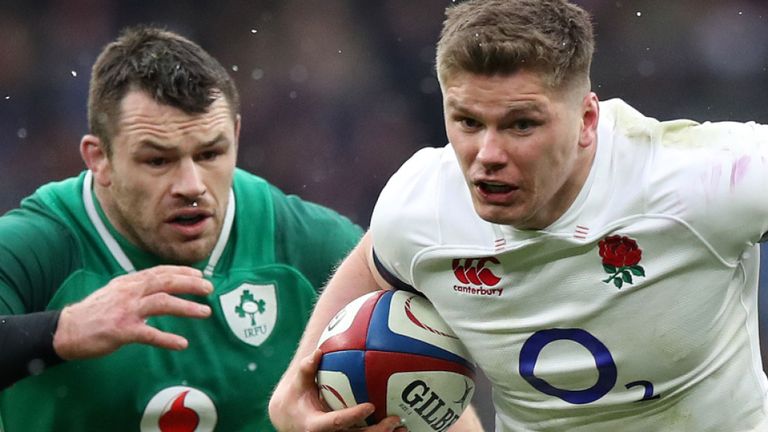 Eddie Jones’ team had an unfortunate start to the tournament when they lost to France in week one, since then the team managed to get back on track when they travelled to Murrayfield in a 13-6 victory over Scotland – a dull match in atrocious conditions.

Irish Tadgh Furlong has been a source of issues with opposition scrums in this 6 nations, however Jones appears unphased by the lack of Mako Vunipola for this week.

“We are lucky we are blessed with two outstanding loosehead props in Joe and Ellis, so we can recover from the loss of Mako,’ said Jones.

Ireland will look to remain unbeaten with the hopes of a grand slam victory still in their sights in an attempt to relive their successes of the 2018 season. Ireland’s only other grand slams in the 6 nations were in 1948 and 2009.

Jones hopes that Henry Slade and Manu Tuilagi will be fit and ready for Sunday’s fixture after the pair were ruled out from the first two games.

Slade and Tuilagi both performed well in the world cup as a centre partnership, however they have been plagued by injuries of late.

The Vunipola brothers are both ruled out of the fixture, Billy was lost due to a broken arm and Mako has had to travel to Tonga for family reasons.

Wales will play France at the Principality Stadium, Wales’ Wayne Pivac has made two changes to his starting team and has chosen to field the most experienced 6 nations team ever for the fixture.

Stadio Olimpico will be the venue for the Scotland, Italy clash on Saturday at 14:15, Finn Russell has been left out of the team after an argument with the coach.