Blue Story, a tale that must be heard!

Last night I went to see the controversial blue story. As I settled into my seat, my expectations were of a film with severe violence and barely any narrative due to the controversial nature of the movie; With fights breaking out in cinemas last week since its release. But how wrong I was!!!

What the film does brilliantly is open your eyes to London’s harsh reality of gang crime that has been plaguing London’s boroughs for years and giving insight into what gang life in London is about. And as I was watching the film, I felt like I was being pulled from pillar to pillar not knowing what side to pick. I thought the movie was challenging to pick apart. As the viewer, you are there to observe a tragedy that occurs in gang violence day in and day out. I think this film can give someone who isn’t involved in gangs or violence a perspective of life that is hidden away from us if you’re not involved in it.

I don’t understand why this film has got such a negative reaction from the big cinema chains (that have decided to ban the movie). From what I saw it was a brilliant piece of film depicting the harshness and brutality but also loss in London gang crime.

We follow two main characters’ whose lives get turned upside down due to the relationships that they have with their gang due to their postcode. You are just thrown in with this aspect of hope right at the beginning. Still, as the film progresses you know that’s not going to continue. You build up relationships with these characters, you feel attached to them in the way of being a brother, sister, mother and father while watching it hoping this doesn’t happen to anyone you love.

Personally, what I found confusing is, why some cinemas have decided not to showcase this masterpiece because it is a pillar of a film that is a must-watch for anyone who wants to find out the trials and tribulations of life in London gangs. I spoke to a few people outside the cinema who have their opinion on why some cinemas have blocked one person who saw the movie expressed an opinion on the issue.

“It is a tragedy because you’re blocking a story that needs to be told to get the awareness out about violence and if some stupid teenagers started fighting that’s on them, it’s not on the film itself because that’s not what it represents. It represents the brutality of these gags. And I think a lot of cinemas are doing the public a disservice by not showing it.”

This morning the chief executive Tim Richards at Vue Cinema has come out to the critics and has made it clear that they are going to rescreen the film as they had pulled the picture from 91 of their cinemas due to some incidents that happened early in its releases. 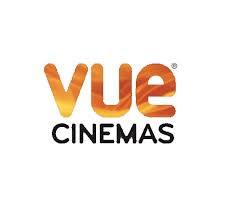 To finish off, I would only say this to the public:  Try and watch this movie and see it for yourself because I think everyone can take something valuable away from it. That’s because it’s got so many different storylines that people that are in games can genuinely relate to as well. My final word is as a student of a young age, I felt a huge connection with a lot of characters. And this is why this film represents everything that is heart-wrenching about gang alliance and violence. I felt the film gave the public a chance to see what needs to change to prevent gang violence.