24 years ago, one of the most iconic moments in sporting history took place at Ellis Park in Johannesburg. South Africa won their first ever rugby world cup with a 15-12 victory over New Zealand. The match itself has become somewhat an afterthought, with what happened after the final whistle the lasting memory from the 1995 Rugby World Cup. 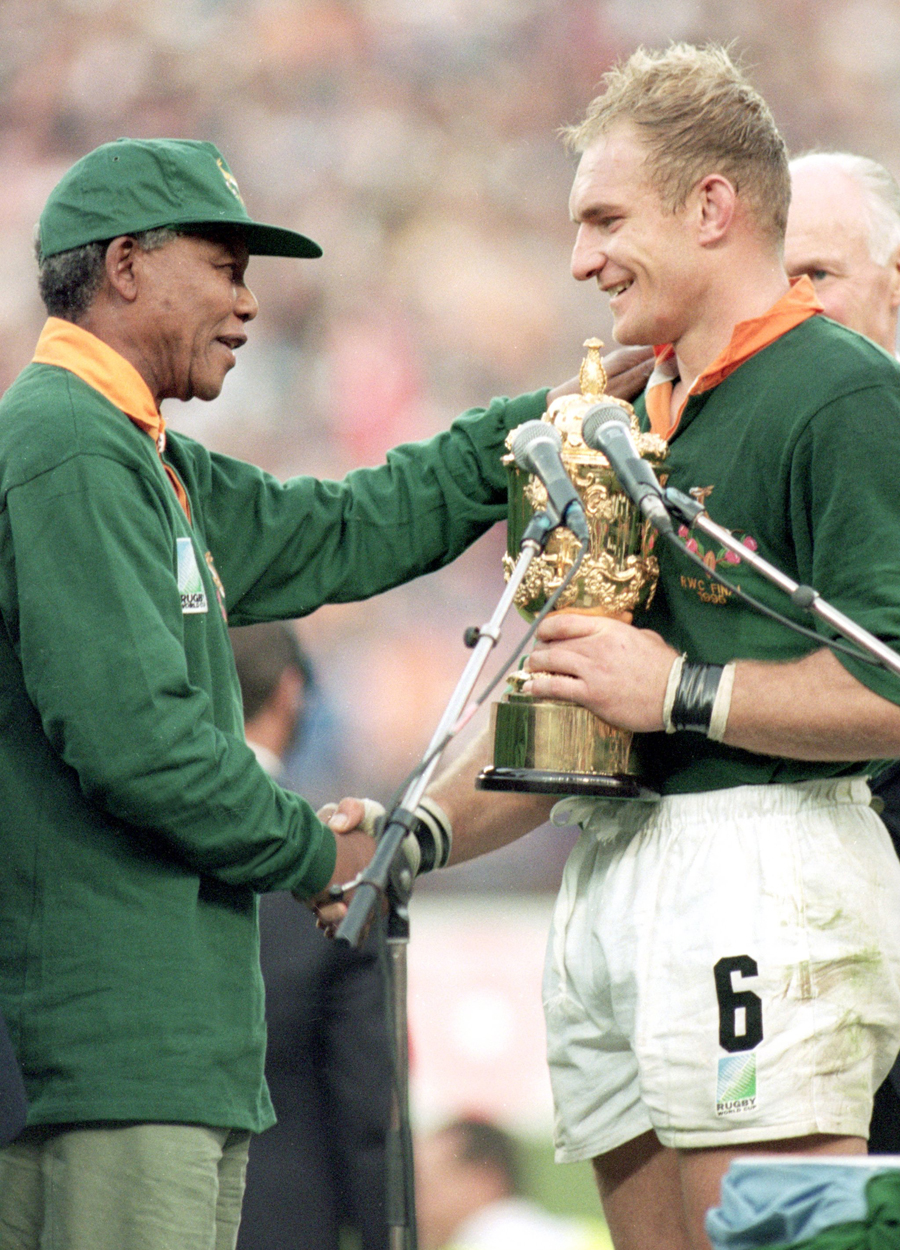 This Image of Nelson Mandela handing captain Francois Pienaar the Web Ellis cup will stand the test of time. South Africa at the time was a country still plagued with racial division. The Apartheid system in South Africa was only ended a few years before the tournament after decades of high-profile rugby tours being cancelled due to the problems running through the nation, most notably the Springboks tour to New Zealand in 1981 which was hugely divisive, and provoked major protests and cancellations of games.

South African author and rugby fan Hamilton Wende clearly understands the importance sport can have on people’s everyday lives, describing the victory over Wales last Sunday as one of “grim determination and technical solidarity. It’s a win our country needed and let’s extend that winning metaphor to how we live our daily lives in this wonderful country.”

“Mandela came out onto the field in front of an overwhelming white crowd which was cheering and chanting his name.”

Speaking to me from his home in Johannesburg, Hamilton emphasises the importance of the Mandela moment as a catalyst for racial change in South Africa.

“Mandela came out onto the field in front of an overwhelming white crowd which was cheering and chanting his name, it was an amazing magic moment of historical leadership uniting two people who had been historically been very dis-united, the oppressor and the oppressed.”

The hope around the world was this one moment would single-handily sort out all the underlying issues in South Africa. In hindsight, this could be viewed as naive, a country that had only two years earlier ended racial segregation still had a long way to go.

“The white community’s painful history as oppressors was never really looked at, which has led in the decades since to a lot of painful and difficult confrontations about race and about privilege which a lot of white people found difficult.”

Looking at specifically rugby, the years following were also clouded by racial debates. On one side, a lot of white people became concerned that the Springboks side would be made up of “token black players” who where only being picked for quota reasons and not in order to help achieve success.

On the other side of the argument, many black people felt that the white people refused to transform and understand the pain that the oppressed had been through.

All the difficult conversations and painful realisation of the dark past has led to where the rainbow nation is today. 24 years after that famous photo became the catalyst for change throughout South African culture, we are now at a stage where Siya Kolisi is the first ever black captain of the rugby side.

“It’s definitely the most unifying team we have ever had in this country.” 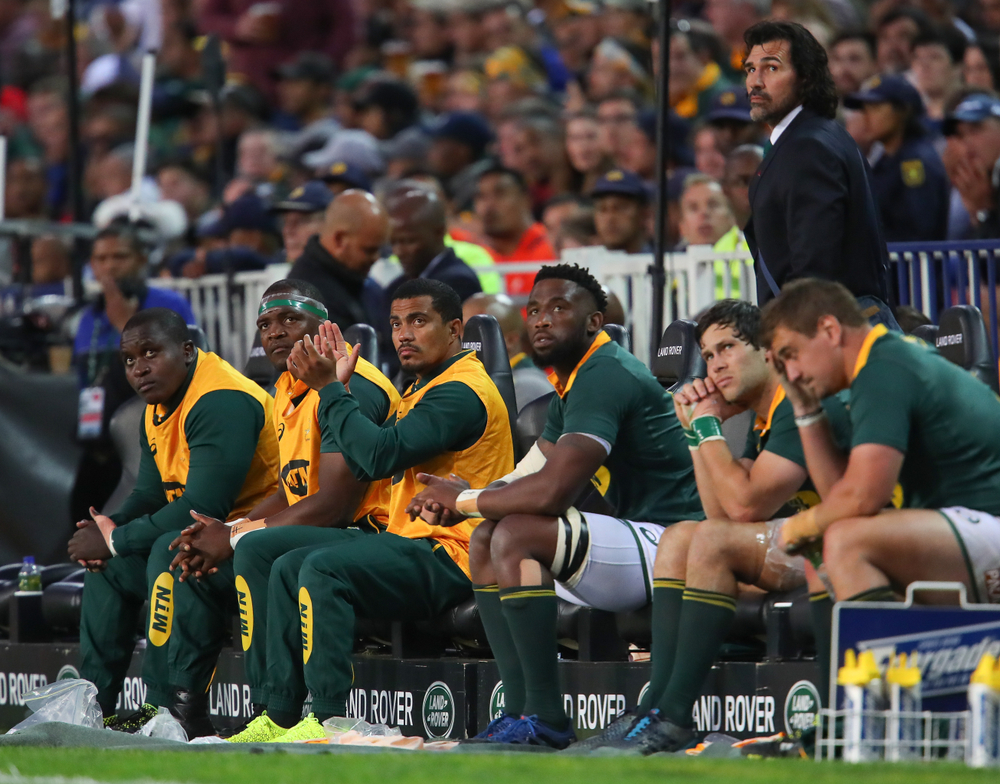 Captain Kolisi watching on from the sideline

As Hamilton explains, the success of Kolisi and his peers has helped create a sense of true unity.

“This team has defied a lot of sceptics in the white community and shown that they are not there for any token race reasons, and it’s convinced a lot of black people that this team represents their interests and hopes as well.”

“It’s definitely the most unifying team we have ever had in this country.”

This hard working, talented rugby side is once again showing what the power of sport can do to heal and bring members of the public together. In a time when racism has begun to rear its head again in Europe and other Northern hemisphere places, it seems that South Africa is sending a message of unity and togetherness that other nations should look up too.

Win or lose, Kolisi and co have helped to push on what Nelson Mandela and Francois Pienaar started nearly 25 years ago.