He is serving Middle-Eastern specialities like chicken shawarma, baba ghanoush, kebab and falafels. 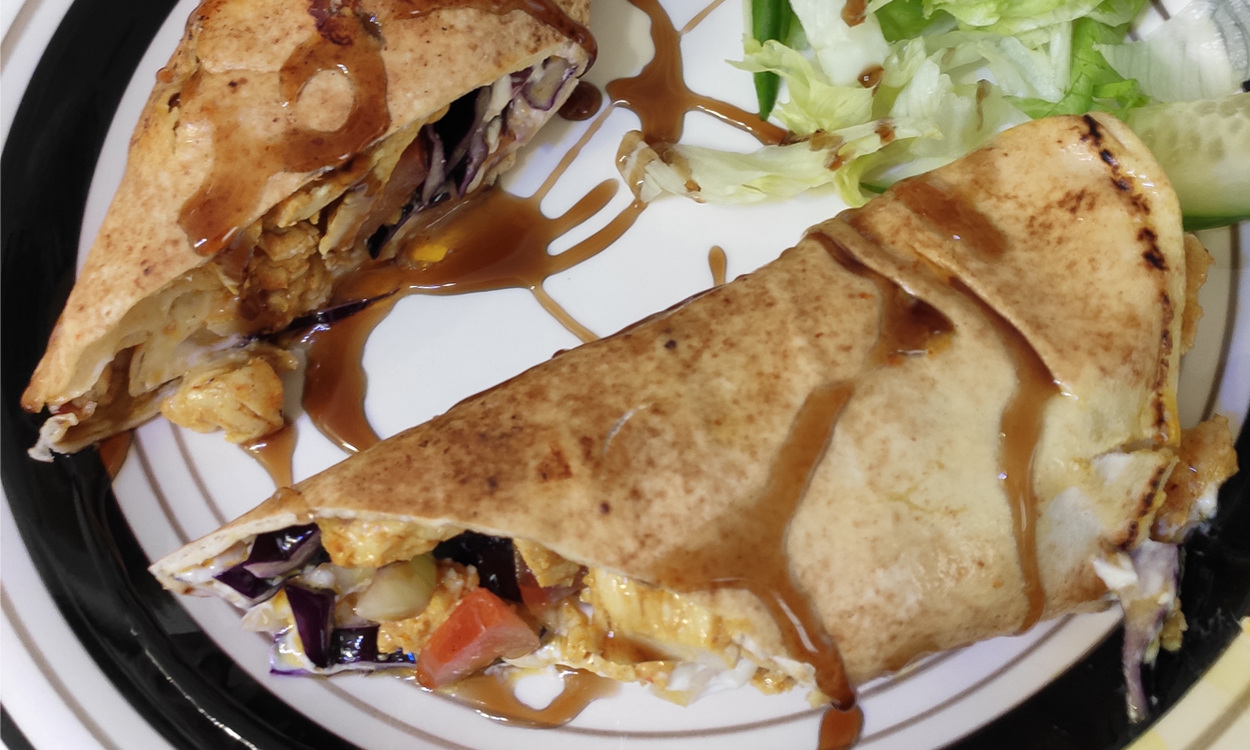 Chicken Shawarma made by Zaher Dardar

Although the kitchen is small and he shares the space with an Egyptian vegetable seller, it is the beginning of his dream.

When I interviewed Zaher in February, he stressed the need for his own business: “I have experience for that work, I’m chef. Maybe I’ll have a caravan, small shop, take away shop, anything.”

“I lost everything, my home, my business and my country.”

Damascus Catering is his third restaurant; the original one in Damascus was bombed during Syrian civil war and the second in Cairo was closed after he had to flee Egypt with his family in 2016.

He said: “I lost everything, my home, my business and my country.”

In England, Mr Dardar is trying to piece his life back together, despite language barriers and hard to heal wounds.

The Syrian chef earned his reputation while working at the Waterside Café in Penryn, organizing Arabic nights every Friday.

The charity café gained many five-star reviews on TripAdvisor, including one that said: “Each course was wonderful and an adventure into unfamiliar Middle Eastern cuisine.”

His humble dream came true two weeks ago when he opened his own business in a tucked away corner in Truro.

Zaher said: “[My] best sellers are chicken shawarma and falafels, which are good for vegetarians.” 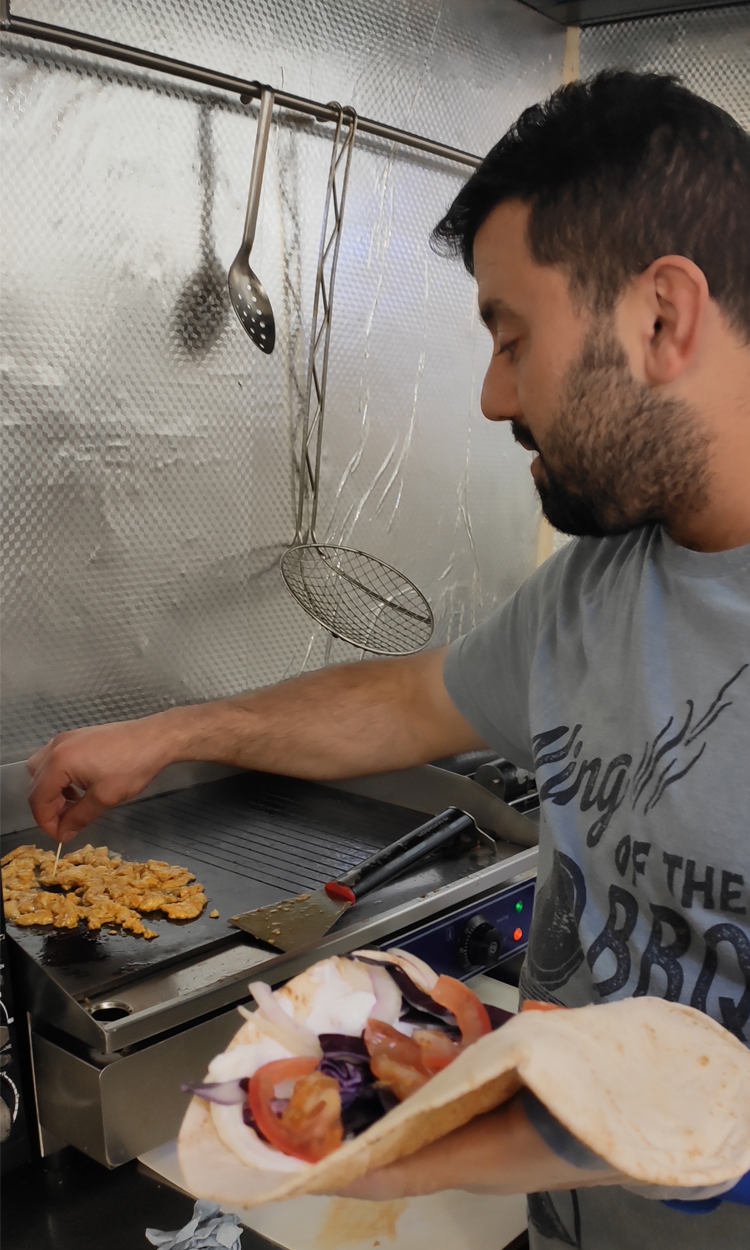 Zaher Dardar in his new kitchen

For anyone seeking a recipe from this renowned Cornish/Syrian chef, his suggestion for falafel is to use chickpeas, garlic, salad, hummus and tahini sauce.

However, his favourite meal is shawarma – marinated chicken breasts with tahini and salad served in a pita bread.

You can order the meals as a take away or sit in and enjoy the laid-back atmosphere of a Syrian bistro in the middle of Cornwall.