In celebration of World Mental Health Day, Penryn Campus played host to a collection of alternative, hairy guests on Monday: Llamas. In an attempt to lighten up the campus, and introduce Falmouth University students to a new method of therapy, llamas from Llama Land Farm, chaperoned by their owner, Tom Tripp, arrived at the campus, and were met with interest, intrigue, and delight from stressed-out students.

Despite this, a petition has been launched to “Stop the Students Union from bringing animals to Penryn and Falmouth Campuses”. Alex Blackwell, president of the Vegan Society, has launched the petition claiming that: “Animals are here with us, not for us, and should not be paraded around campus for ‘student experience’ purposes. There are a multitude of other things that can be done to support students and help animals, and this is not one of them.” 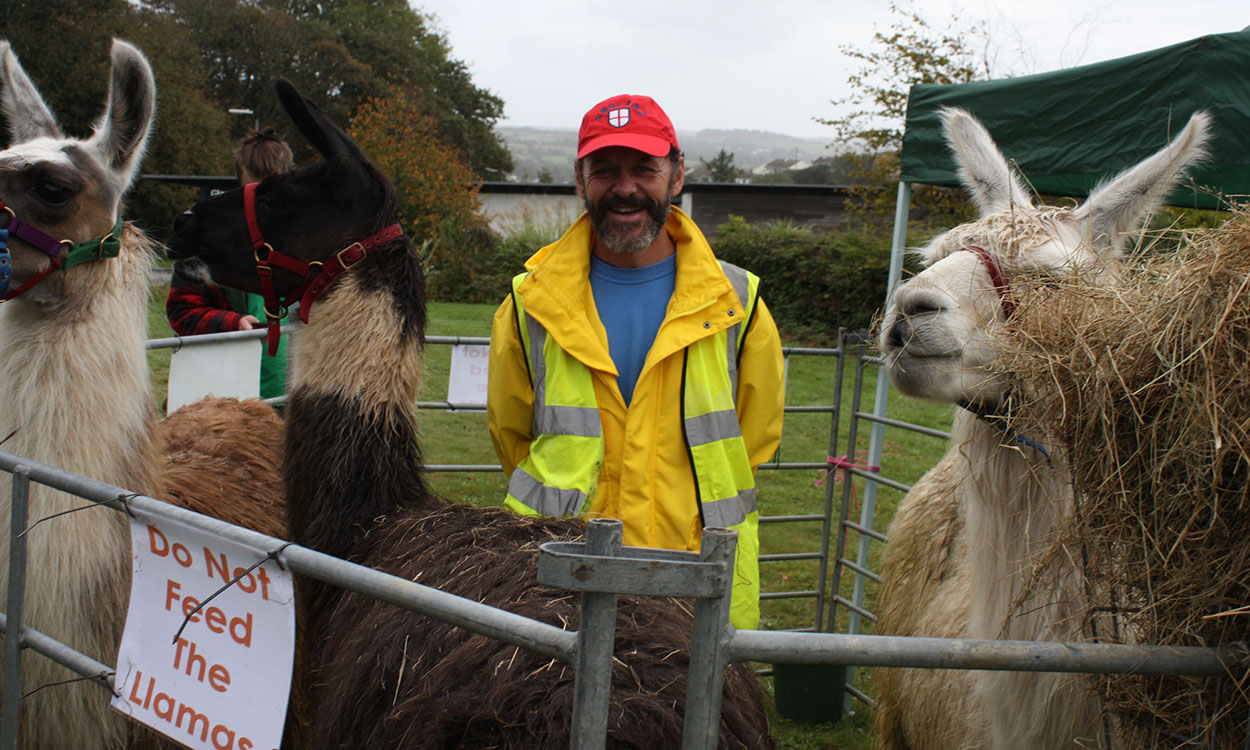 “We urge the SU to reconsider its approach to animals on campus. This is a university campus and not a travelling circus.”

Allie Guy, the SU’s president for Student Welfare says: “We take the individual concerns of our students seriously, but would like to reassure everyone that this event was planned months in advance to ensure the safety and welfare of the animals was fully considered.”

Penryn Campus has previously played host to a variety of four-legged friends, ranging from donkeys to puppies. Could this petition gain momentum, and result in a full-blown Llamageddon? Only time will tell.