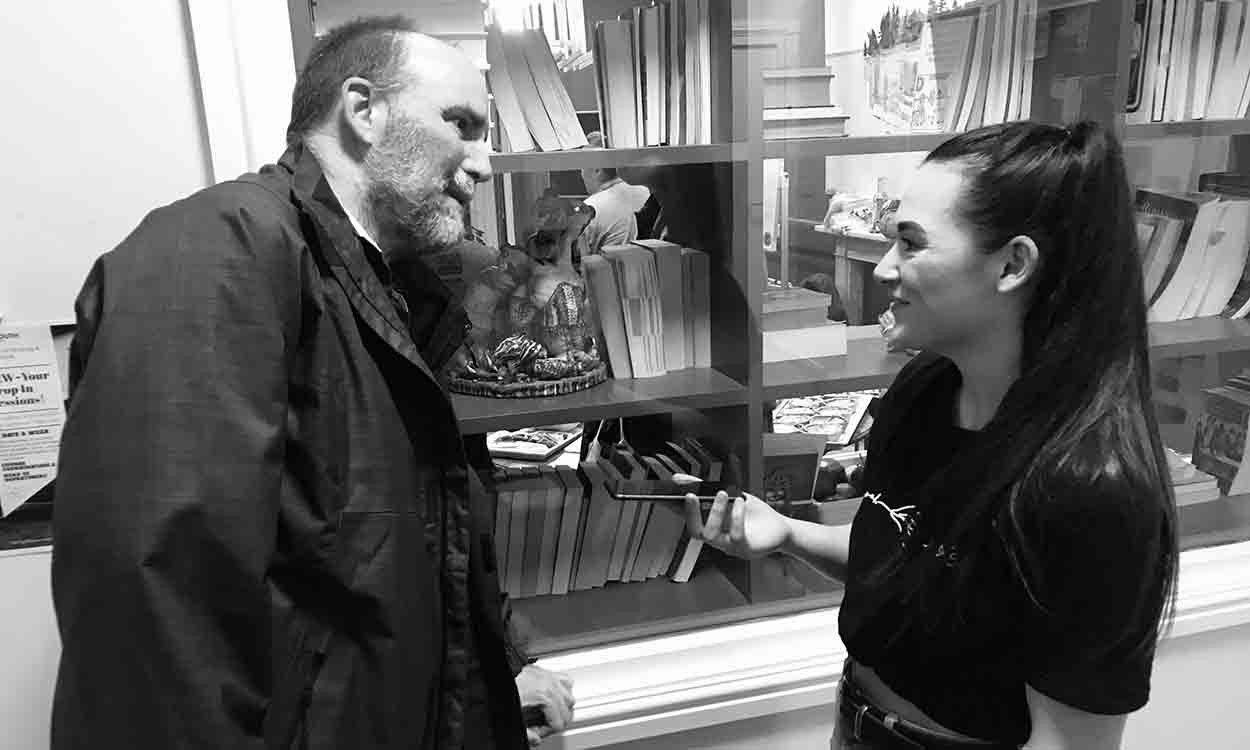 Dreaming of becoming a writer and respected for your ability to create a fictional novel that enlightens the minds of the masses? Wanting to write stories that encapsulate the real and humanistic realities that are around us, or once were?

And yet you find yourself in a career that requires writing articles on unrelated topics day to day, the mindless subjects that are sending you to sleep, writing endless listicles on celebrities that look like mattresses or how your cat is communicating with you?

You have entered the modern world of journalism and you are starting to realise that the dream of becoming one of the greatest writers of the modern age is slipping out of your hands.

Xan Brooks, associate editor for The Guardian specialising in film, part of the founding editorial team of the Big Issue magazine and a former Writer in Residence for Falmouth University, succeeded in clinging onto his dream by becoming a fictional writer.

His acclaimed debut novel, The Clocks In This House All Tell Different Times, is proof that the transition is possible. Xan’s career in journalism taught him “a certain professionalism of getting the work done.”

“You can take from the journalism experience a curiosity for the world, a certain breadth of knowledge, a certain ability to research quickly and accurately and pinpoint what is important in a subject as opposed to this massive amount of information that you can’t differentiate between.”

It does not have to be all doom and gloom. So what if you are writing articles that may seem dull and without thought or care? You have written them, and someone out there (more people then you can imagine or want to imagine) want to know what their cat is trying to tell them and for some bizarre reason, they are pulling the sheets from their bed to see if Channing Tatum’s face was beneath them all along.

You are setting the foundations to become a better writer, possibly the best writer of your generation.

It may seem like a big assumption; how could you possibly go from writing endless nonsense to creating novels that inspire? Well, it has been done, there is still hope, it has not slipped from your fingers yet.

The change from journalism to a fictional writer is not unachievable, it has been done by many and they have become the best writers in the literary world, many of whom are the authors you aspire to be.

You are probably very aware of Charlotte’s Web? A story that teaches us that you can no matter who you are or what you are, form the most unlikely friendships. It was written by Elwyn Brooks White, who originally started his career as a writer for The New Yorker and went on to write some of the best fictional creations that formed and guided you through your childhood.

The New Yorker is not the worse place to start your career, but remember Margaret Mitchell, the author of Gone with the Wind, began her career writing about pigeons for the Atlanta Journal Sunday Magazine.

The dream is not over, you can tighten your hold and remain calm, and feel reassured by Xan on your ambitions to become a writer:

“The difficult thing is when you’re a journalist, journalism is a very seductive job if you start out wanting to be a writer that’s a great and noble ambition, but you can then get side-tracked into journalism.

Journalism can bring as many benefits as it does those thoughts of despair. Xan’s reflection on his journalism career heightens its benefits: meeting new people or travelling world is a means of writing intriguing stories. Although the transition does not come without its difficulties:

“Fiction writing is very much the poor cousin to journalism and as you get older you get more set in your ways, you get more comfortable with your wage and you know what you’re doing. Then it gets harder and harder to make the transition to fiction.

“The discipline of journalism is different enough from fiction that it’s like a different muscle that you’re using, so then when you do make the transition to fiction it’s harder than you thought. It’s a different form of writing, it engages a different part of your brain.”

The dream is not over and there is time to become a fiction writer if that’s what you desire. Xan advises aspiring authors to take some time out of journalism, take that unpaid leave for a few months and immerse yourself into a “deep concentration” by simply sitting and writing.

And one other thing:

“If you’re a journalist writing a book don’t, for god’s sake tell anyone you are writing a book, just don’t do it because if you do, you’re dead. Not because anyone is going to get you, but because you’re not going to do it.”