A most unlikely incredible footballing journey

Despite any injuries or a dramatic change of events, Troy Deeney will lead his side out on the 18th May against Manchester City in Watford’s first FA cup final since 1984, something Deeney himself would not even dare dream of 15 years ago.

Deeney has had his highs and lows, off and on the pitch; almost everyone that follows the game knows this, but on Wembley’s hallowed turf Troy Deeney has a chance to add the most impressive chapter to a most unlikely incredible footballing journey. 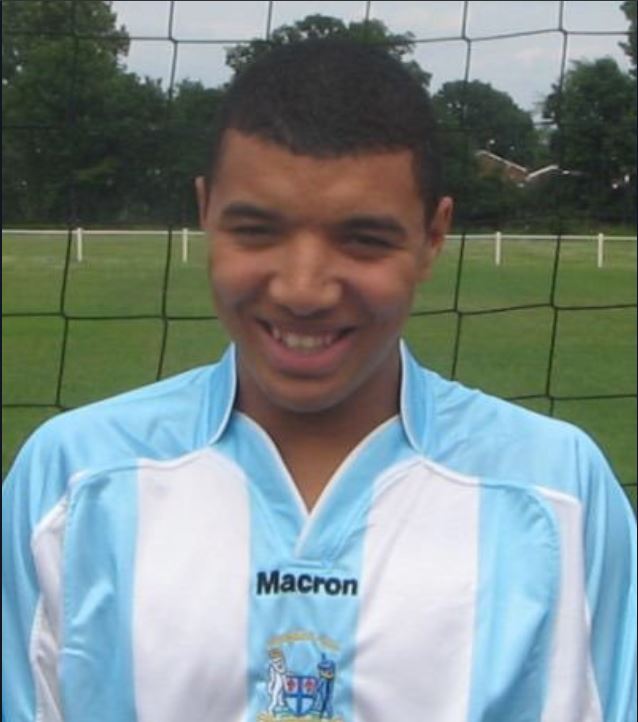 Credit: Twitter -@cuchusleftfoot
A smiling Deeney during his time at Chelmsley Town

Deeney dissimilar to most Premier League footballers did not take the conventional route through an academy. After failing in a trial at Aston Villa as a youngster, Deeney a builder by trade, started his footballing career at Chelmsley Town in 2004 and it was there that he was scouted by Walsall Head of Youth at the time, Mick Halsall.

“You could see right away he had a great physicality about him. He clearly wanted to work hard, wanted to impress and wanted to do things the right way,” said Halsall.

“He played in midfield funnily enough, but I was impressed and invited him to come along for a week and told him we’ll take it from there.

“Troy jumped at the chance, he was bricklaying at the time, but we brought him in and he trained with us for a week. He played his first game on the Saturday, scoring one and setting up another.

“From then it was just about trying to keep him involved, we came to an agreement to keep him at the end of the season and the rest is history really,” added Halsall.

Immediately after signing with Walsall he was loaned out to Halesowen Town where he found the net an impressive eight times in ten games.

Secretary of Halesowen Town, John Cooper, spoke very highly of Deeney’s time at the club, recalling that it was clear that Deeney was a ‘different level’ to the one they were playing at. Before the end of the forwards spell at Halesowen Town he was signed to a professional contract with Walsall, stopping him from playing the remainder of the season for them.

Cooper said it was ‘frustrating’ for the club but spoke highly of Deeney and said: “Troy was a down to earth lad; he came to watch our remaining games from the terraces. I pulled his leg as he was eating a burger and said it was a shame he could not play for us.”

“He told me he would have carried on until the end of the season, but Walsall would not let him. As he knew they had no intention of playing him he said he would rather come and support his mates. That just sums him up as a guy.”

Deeney made the step up from the lower leagues well and enjoyed a successful few years at Walsall, finding the net 27 times. In his final year with the Saddlers he enjoyed a more central role under manager Chris Hutchings and had his most prolific season, picking up the club’s player of the year award.

Even to this season Deeney is still in contact with those he was close with at Walsall. Current secretary of the club, Dan Mole said that the Watford star still texted him when the struggling League One side sacked their current manager.

“My overwhelming memory of Troy at Walsall was his will, his will to succeed. He came from a different background from the others, he just approached the game so differently to the other around him at that stage.”

“He knew what it was like to work and that drove his need to succeed, for me we connected instantly, and we are still in contact now. He’s one of the best guys I know in football.”

There was interest from several clubs after his prolific season with Walsall, but it was Watford who completed a £500,000 transfer for the striker’s services. 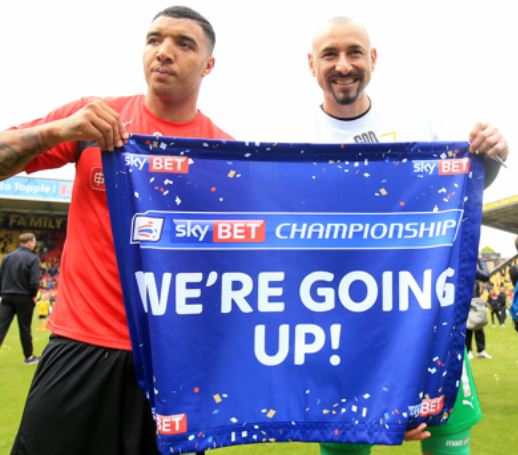 After fighting for his place in the Watford starting line-up and ending the season as the Hornets top scorer, Deeney was caught up in a drunken brawl which saw him sentenced to 10 months in jail. The sentence was reduced to just two months due to a show of  remorse for his offence.

Watford stuck with Deeney through this time and it is something that friends and family close to him say he will never forget. The striker repaid Watford’s faith as he became the first Hornets player to score twenty goals or more in three consecutive seasons with the 2014-15 season ending with promotion to the big time.

As it stands the English forward has over 100 Watford goals, only the fifth player in the club’s history to do so. He has scored 37 top-flight goals proving that his hard work and desire to succeed has seen him reach the top level.

But Deeney can still further etch his name into Watford folklore with the FA cup final against a formidable Manchester City side coming up. A win would see Watford lift their first ever FA Cup and Deeney will be hoping that his hard work and dedication can carry him and his teammates to that promised land and ultimately into Watford FC history.