When you switch on your TV in the morning bleary-eyed, and are faced with BBC Breakfast, how many of the people interviewed are women? And how many are men? How many high-powered jobs are represented by women? The aim of a new project, launched by the BBC with involvement with Falmouth University Journalism, is to instil the values of gender parity, alongside factual accuracy and impartiality, as a core journalistic function.

The 50:50 project is the biggest collective action on increasing women’s representation in BBC content to date. The aim of the project is to inspire and assist media organisations to equally represent women and men in their content. Thousands of BBC content-makers are involved from Blue Planet to BBC Spotlight, BBC World Service to Countryfile. 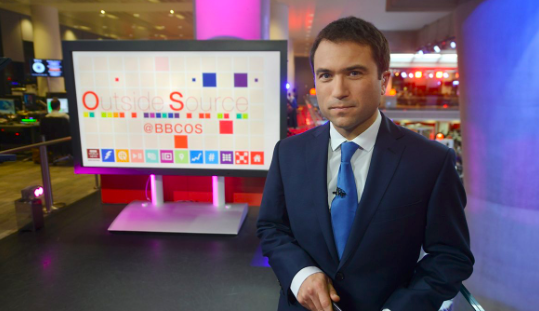 Ros Atkins plays a major role in establishing this project.

Sarah Holmes, External Partners Manager for the BBC’s 50:50 project tells Truthfal: “We’re excited to be working with Falmouth University on 50:50. It’s great to see the students embracing the project’s aim of improving female representation in the media in this way.”

Where does Falmouth come into play? The BBC are aiming to involve Falmouth University as a partner institution, alongside London Business School and Harvard. Their aim is to collect data to effect change. Participants self-monitor their content, use their data to set benchmarks and monitor performance against them.

During Newsdays, students will be expected to monitor the data behind their journalism and start to ask bigger questions about gender representation within the media. How many female interviews are being conducted in comparison to male numbers? Are students more likely to ask male or female members of the public for vox-pops? These are the sorts of statistics that the BBC are interested in analysing. Personally, speaking as a second-year journalism student, I am very intrigued to discover the findings.