On Wednesday, current FXU Community & Welfare President Harry Bishop shared the news that after “20 months of lobbying,” the university’s student union were finally implementing the initial steps towards phasing out gendered bathrooms across the university, starting with the upper Stannary. This is following plans for a new programme to make the student bubble feel more welcoming to non-binary individuals. But like any kind of liberal-minded, progressive movement, it has come with conflict.

“Male and Female are not genders, they are labels of the biological sexes you dimwitted special snowflake,” Ioan Banzourkov said, in a reply to a Facebook post made by Bishop announcing the change. “People like you are the reason universities are becoming places where ideas are stifled and discussion silenced.”

It pertains to an apparent confusion around definitions of gender and anatomy, but also hints that there is a sense of doubt as far as a democracy within the student community is concerned.

In a comment added to his original post, Bishop said: “Currently these bathrooms will keep the smaller binary gender signs (removing 7ft signs is just the first stage) but I would encourage you, or anyone, to use whatever bathroom makes you feel comfortable.

“A bathroom is a bathroom and at home [we all] use the same facilities so wee freely. I’ve had confirmation that the new academic building by the top of the exchange will have gender neutral facilities and I’m lobbying for more bathrooms to be in every building.”

Although Bishop isn’t wrong in saying bathrooms don’t come with the same restrictions in the comfort of our own homes, it is worth remembering that in most cases, we are sharing them with people we know.

Another comment, from Mark Partridge-Pywell, read: “I’m all for inclusivity. Go Falmouth. But what precautions are gonna be taken to stop creepy people from getting a kick out of peering over the stalls or god forbid taking pictures of people just trying to use the facilities?” 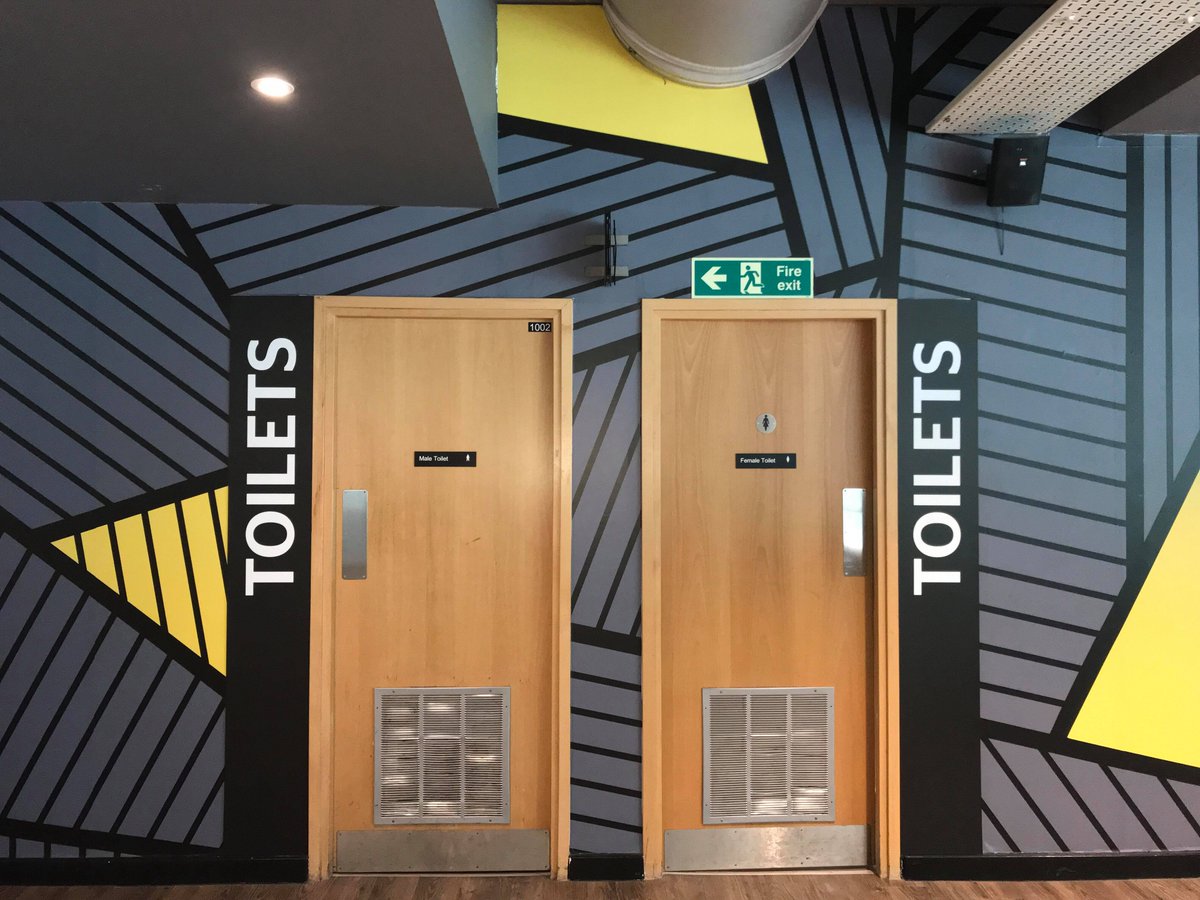 Modern-day attitudes towards ideas of gender and sexual orientation are becoming less and less normative, and our society is collectively starting to acknowledge the complexity surrounding personal identity—it is sometimes difficult to know where to draw the line as far as boundaries go. However, one thing is unmistakably clear: there still seems to be room for reasonable doubt when it comes to the relaxation of rules in public spaces where there is a certain expectation of safety.

Meanwhile, Entrepreneurship student Alex Riley struggles to see how it’s any different to the setup at festivals. “Creepy men prey on women everywhere already,” he said. “I think the difference is women have a sort of culture around the toilets and that’s probably coming from feeling unsafe in clubs anyway, I would imagine.

“But from that perspective [of women being vulnerable] I can see how it would remove a safe space and I agree it’s probably the wrong thing to do,” he digresses.

Gender fluidity has been a global topic of discussion for a while; with well-known brands like ZARA having launched a whole line of unisex clothing—a bold advocation for inclusivity. The wake of #MeToo has brought with it a cultural shift in how victims are perceived and, subsequently, an irrefutable awareness of the oppression women generally face in their day-to-day lives. Falmouth and Exeter’s student union have also made efforts in the past to clamp down on drink-spiking, through the commission of posters and providing information and helpful resources for victims on their website—so it is understandable that some might feel the diffusion of basic boundaries is somewhat counter-intuitive.

With “cancel culture” rendering it acceptable to automatically dismiss individuals entirely given that they meet (or don’t meet) certain criteria that may qualify them as problematic, perhaps even some of our most liberal pockets of society risk coming across as absolutist if they neglect to consider the needs of every type of person they are striving to accommodate.