Mediums or just Mind-Readers: My experience with a psychic 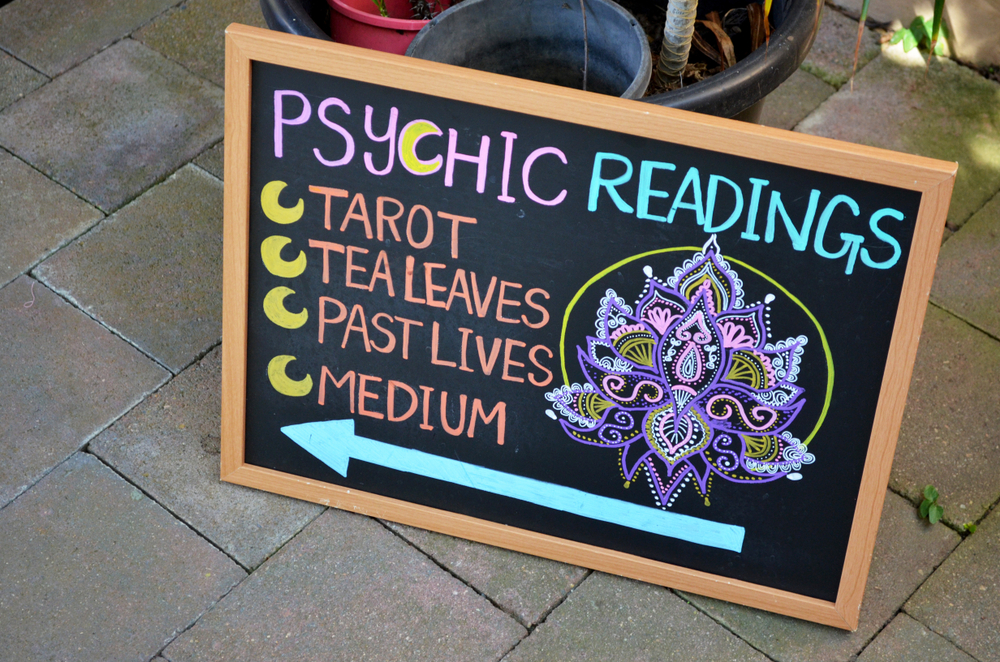 Subconsciously humanity fears death and everything it encapsulates and so we try to outmanoeuvre it in any way possible. Extreme exercise routines, belief in miracle cures and then there’s those who need to make sense of everything. People who invest their life in this alternative reality believing that every rustle, breeze, a spell of wet weather or feather is their ‘great great grandad’ who died over 20 years ago.

These people are called spiritualists and they believe that the ‘spirits of the dead exist’. Ultimately, we live in a liberal society – everyone is entitled to have their own way of thinking, believing and behaving and this is not the problem. People should be able to adopt and practice their own views without criticism from bumptious Brits who impose their domineering beliefs onto everyone else. The problem I have is with the psychic mediums, those who stand on the stage and swear that they can see your Aunt Sally, apparently, she’s said she loves you and that you must move on.

Now firstly those who set out to seek the Spiritual World are vulnerable. They are invested in being reunited with loved ones and a closure that we are mortal entities. For me, on the other hand, I’m not vulnerable. Of course, I have family and friends that have deceased – but I have no real desire or belief in a spiritual reunion. Why not? Because I prefer to leave the dead buried and the let the rest of us continue living. To some, this is a sceptical way of thinking, but for me, I prefer to call it rational.

So, when I was invited to come along to an evening in Falmouth with a psychic I thought well if anything it would be a laugh. The evening started at 8pm and was excepted to last a couple of hours so I knew I needed a double G&T just to get me through. Prior to the event, I made certain that no information regarding my attendance would be shared, I didn’t want my name on the booking or my relationship with the people I was attending with disclosed.

Being mediums they should have seen me coming, but when we turned up at the desk they seemed startled. Ironically, I thought they had seen a ghost.

After our initial encounter, we then proceeded into an open hall organised with rows of chairs on each side and an aisle down the middle. At the front of the hall, was a desk with pens and A3 sheets of paper and behind this was a large projector screen. Initially, I was expecting it to be a one-man show, similar to performances by ‘Psychic Sally’, in which audience members would be selected, stand up and burst into floods of tears after experiencing a spiritual awakening.

However, this was contrastively different. Instead, they were two of them – one a psychic who connects with the dead and the other an artist medium who translates these reunions into portraits of loved ones. Before beginning, they introduced themselves and forewarned that often the portraits are unrecognisable to the audience at the time, but after the event family back home may identify the person as a relative who has passed on. This already seemed like a cop out, because finding out after the event would be completely irrelevant to the audience right now.

The performance (am I allowed to call it that?) began and immediately the psychic had supposedly encountered a male, 6ft 2, around 70 years old and he said as he pointed to a lady in the second row: “I’m getting a feeling he’s related to you, I think he’s your grandad”.

The audience, at this point, may I add consisted of 70+ females and males – the sort that owns a free bus card and enjoys knitting blankets. So, when he said grandad – I couldn’t help but think well of course ‘Old Brenda’s lost her grandad unless by some miracle he is in the Guinness World Records of being 150 years old’.

And it was at that point that I knew that the £15 I spent on this night was well and truly wasted. It continued from there, the portraits looked more like caricatures – the sort you get at a ‘Butlin’s holiday park’ and I spent half the night thinking did they die from an oversized head and the rest of the night about the total of how much money this has raised at £15 per head and over 30 guests.

What baffled me more was the audience, I didn’t understand how they could fall for these so-called psychics. One woman who was picked out after the interval was practically giving them all the ammunition, from what I can remember it went kind of like this:

Psychic: I’ve got a little baby here, I believe they have something to do with you.

Lady: Oh, my God that’s my Jimmy’ he died suddenly when he was a couple of months old.

Psychic: Yes, it’s a little boy – his death was tragic

Lady: Oh, it was awful he was in so much pain

Psychic: I can see he was hurting.

And then, of course, art attack in the corner proceeded to draw a little baby boy as the lady balled her eyes out continually claiming ‘oh my God’. 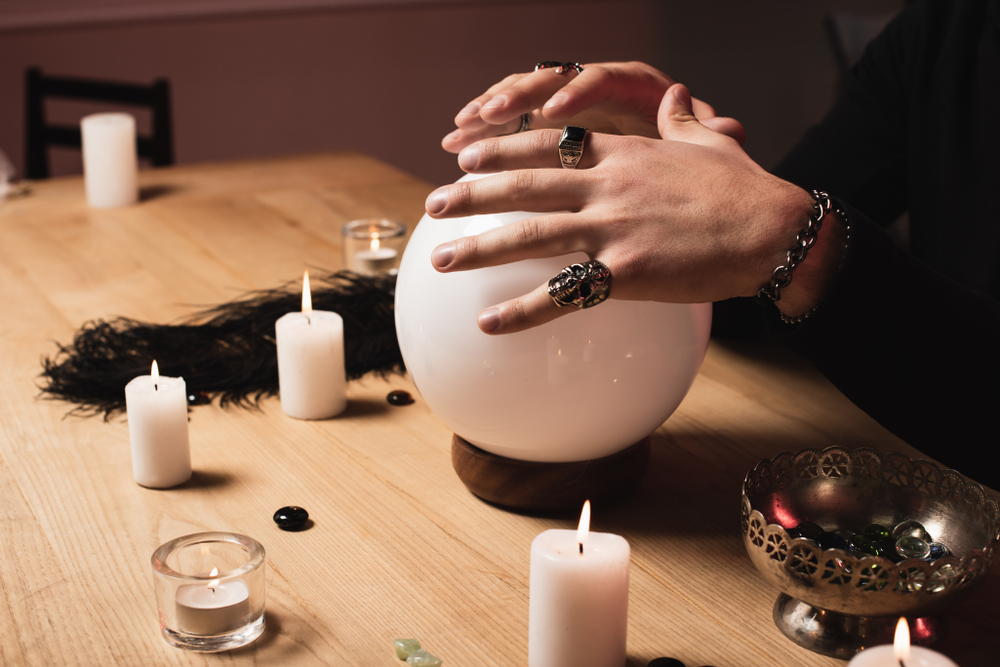 The night then ended and despite being a non-believer I was disappointed to not have any readings. I decided I’d give them one last chance to prove to me that there is something greater out there and they’re not just calculative mind readers. So, when the opportunity to go up and ask questions arose, I asked them to read me. But did they? No, of course, they didn’t – they both concluded that they were too tired after being in a trance-like state all evening to continue to do readings and that if I wanted one I would have to pay for it privately. The psychic even told me that he doesn’t do reading requests on the spot because he can control his encounters, switching them on and off.

I couldn’t quite believe it. Not only had they told me that I would need to pay again to have the chance of a reading, but the psychic had then said that it was like a switch – he could either turn it off or on. In short, he told me to go away and come back when I’ve got another £15. (I reckon if there is ever a spiritual world – he’s someone I would haunt!)

My personal experience with a medium was quite frankly a waste of time and money – nothing came through and I left being even more frustrated than when I went in. However, with more than half of the UK said to believe in spirits and mediums there is no doubt that there is an increasing desire to reunite with those who have passed away.

But for me, I’ve seen the future and it seems fraudulent.  So call me a sceptic but next time I’ll keep my £15!