Flights bound for London from Cornwall’s Newquay airport will now be landing at Heathrow Airport from the end of the month.

The new route will take over from Newquay’s existing link that currently flies into London Gatwick through British based airline, Flybe.

The flights come at a time in which funding is much needed for airports in the county, with the latest CORSERV 2019/20 – 2022/23 Business plan released during a Cornwall Council cabinet meeting on Wednesday stated that airport costs are expected to rise above the Council’s subsidy budget of £1.45m in years 3 and 4 of the Business Plan.

Speaking at Cornwall Council’s cabinet meeting on Wednesday, Council Leader, Adam Paynter, said: “Seeing four flights a day into Heathrow will open up lots of opportunities for the airport and I think it will be interesting to see how that route develops and what it brings to Cornwall and that will impact on the level of subsidy needed.”

It is hoped that the route will help benefit Cornwall through the sheer amount of possible connecting flights from outside of the United Kingdom, particularly from the United States, with US airline Delta Air Lines controlling Virgin Atlantic, who are part owners of Flybe. 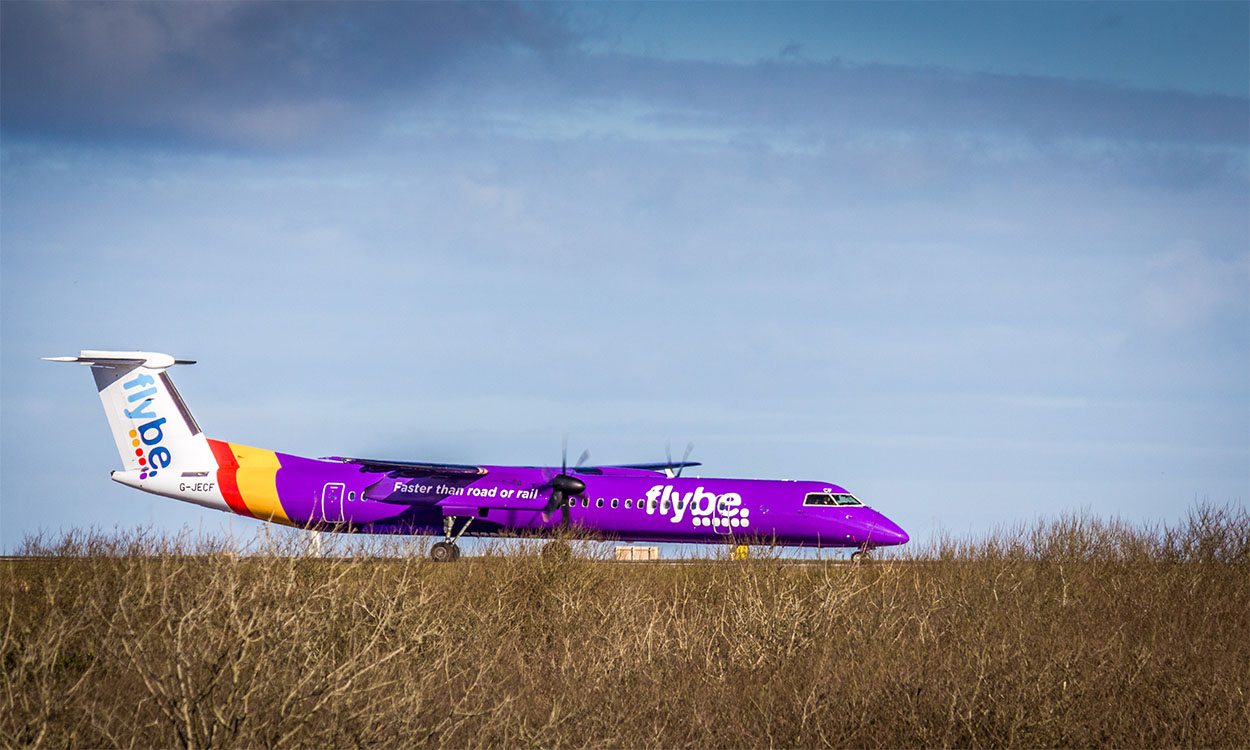 Flybe will be adding another daily flight to their schedule when the flights to Heathrow begin (Credit: ShutterStock)

In a statement released by Cornwall Airport Newquay (CAN), Al Titterington, Managing Director, stated: “We have been working for many years to make sure that CAN has direct access to Europe’s busiest hub, and with this new service it opens not just a connection to the UK’s leading gateway, but also the world.

“By having direct flights to Heathrow, it grows the strength of Newquay and Cornwall’s brand abroad, which is great for the local business community and those wanting to visit our beautiful county.”

The route between Newquay and Heathrow becomes the only subsidised service that runs under a public service obligation (PSO) at the London airport. A PSO allows for a monopoly to operate on a public transport route for a specified period under subsidy.

In terms of aviation regulations, this works for routes which are vital to economic development in the region which it is required to serve.

The route will offer four daily flights using a 78-seat Q400s which will arrive at Heathrow Terminal 2, the newest facility at the airport. Returning flights from London will also amount to a total of four, under the following schedule: