This was an event I had been greatly anticipating since BAGGS first announced the release of their new EP ‘For Life’ a few weeks ago. If I’m being completely honest, my personal music taste is not greatly grunge orientated, but for BAGGS, I make an exception. 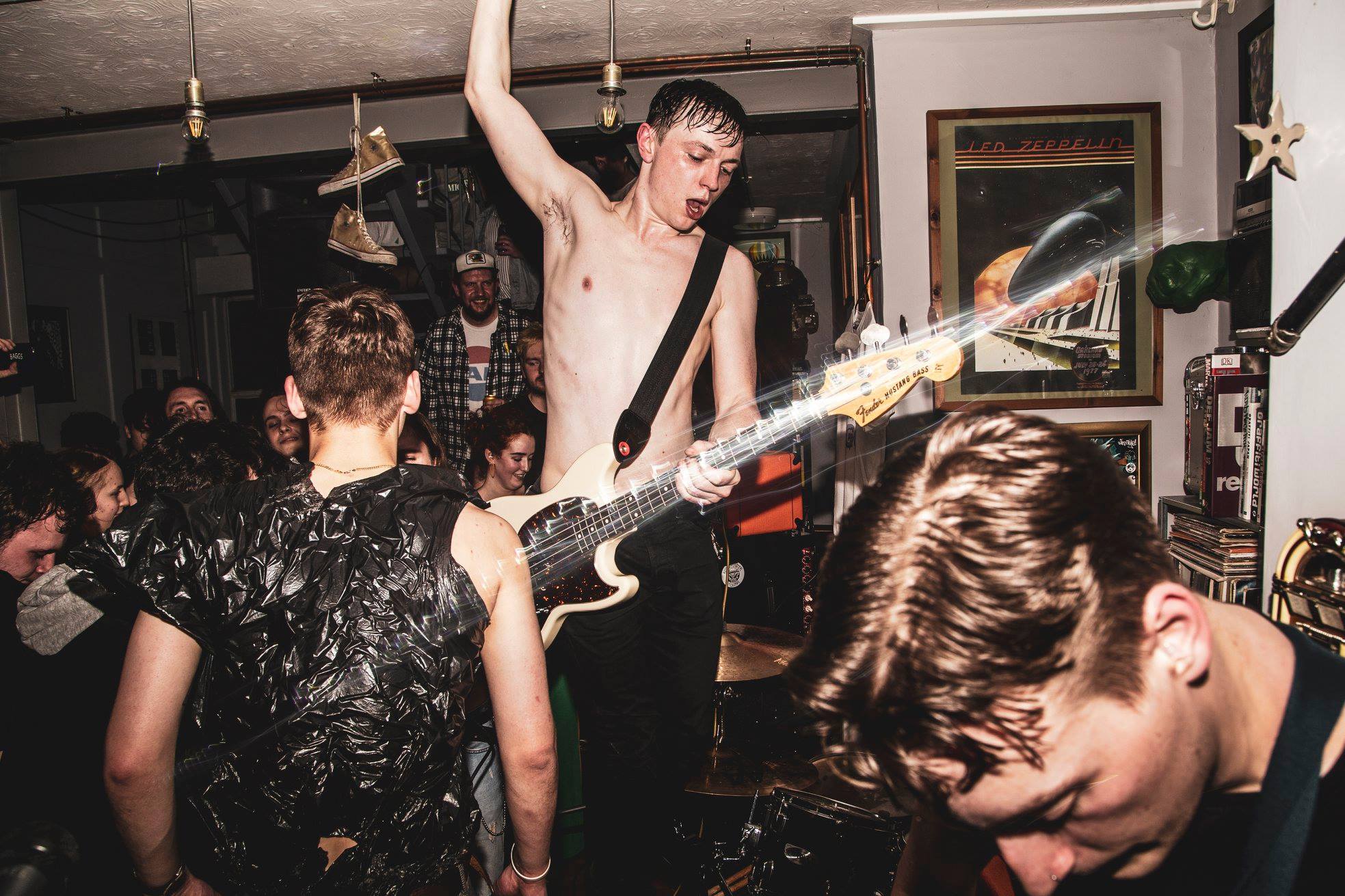 The four-piece grunge-rock band has made massive strides in the Falmouth music scene in the very short time that they’ve actually been a band. Making their live debut in December last year, they have already garnered a loyal – and quickly growing – fan base, some of whom ended the night practically climbing on the ceiling of Blackdog Haircutters. 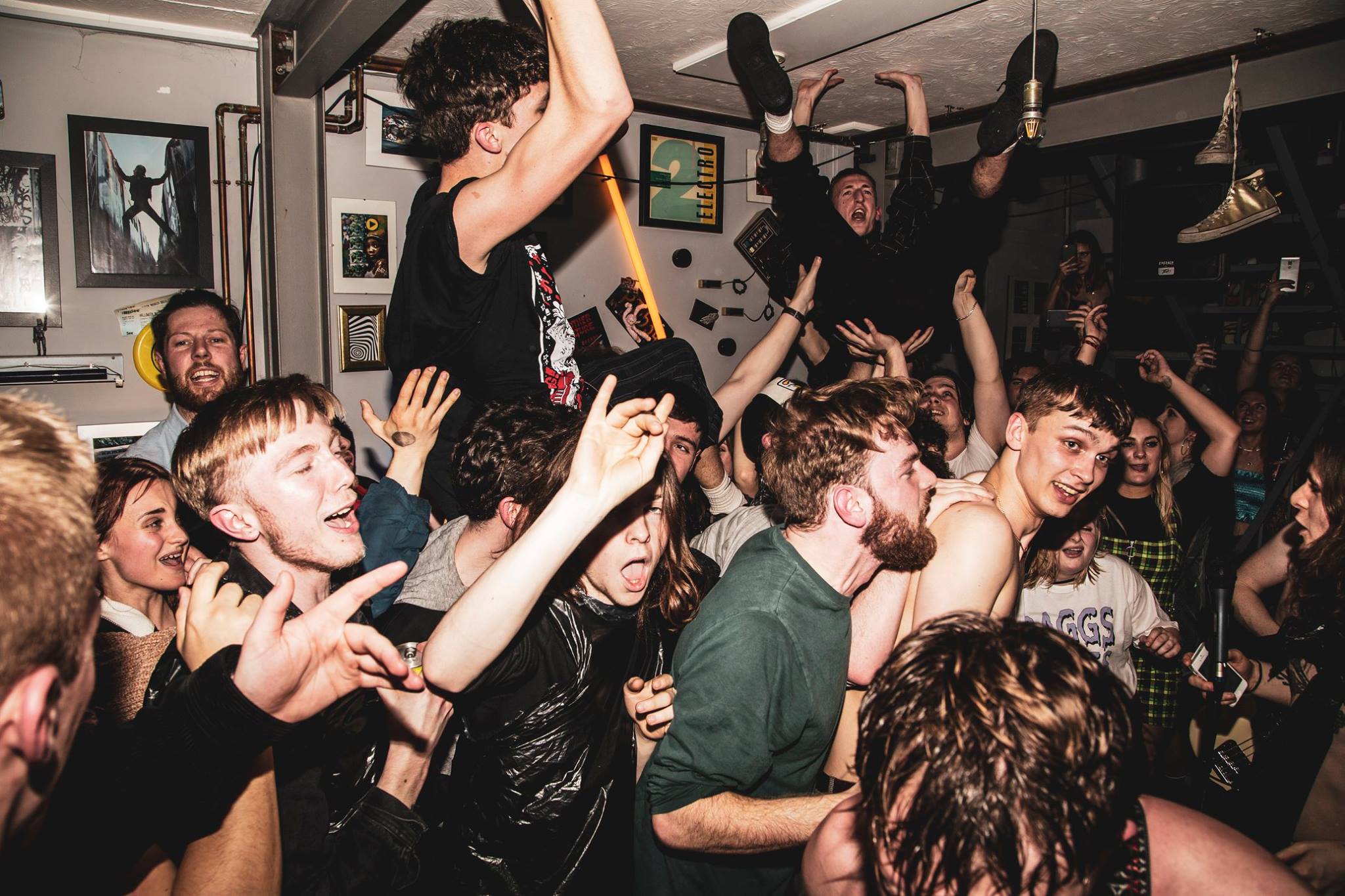 The hairdressers come music venue on Falmouth high street boasts a very quirky and unique interior with records, neon lights, and metal plaques all over the walls; a perfect setting for the night, although with the crowd BAGGS brought in, I think a larger venue would definitely have been a plus.

Female fronted four piece, Flowers of Palo, a Cornish band from Newquay, opened the night with a soft-rock, indie infused vibe, riding on the same wave length as Mac Demarco. Having never heard this band before, I was pleasantly surprised by how much I loved their set. I particularly took a liking to the deep, warming vocals of lead vocalist and rhythm guitarist, Emma Chamberlain. Being constantly surrounded by an endlessly growing supply of music in Falmouth, I think it is easy to forget that there are other towns down here in the South-West that are producing some cracking bands, Flowers of Palo being a prime example. 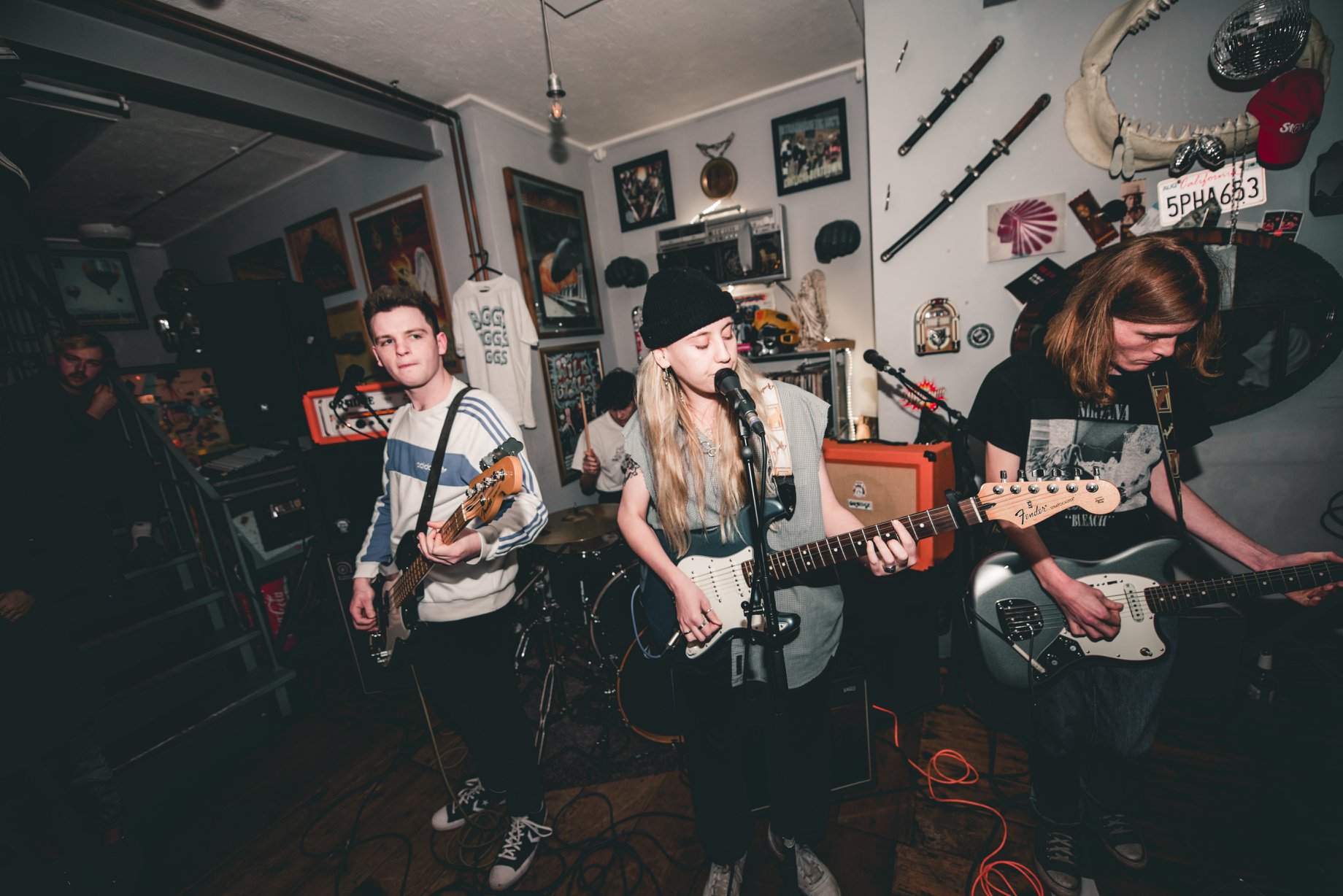 Flowers of Palo by Felix Bartlett

The second support act on the bill were one of my personal Falmouth favourites, Hops!. Much like BAGGS, this math-pop rock foursome hasn’t been together long, but has already made a mark on the music scene. On the tail of the release of their debut single ‘Cheap Wine’ at the end of February, Hops! already has another in the pipeline set for release next month. Cranking up the energy with their funky off-beat (and yet incredibly fast) riffs, these guys warmed up the crowd nicely, ready for the onslaught to come. 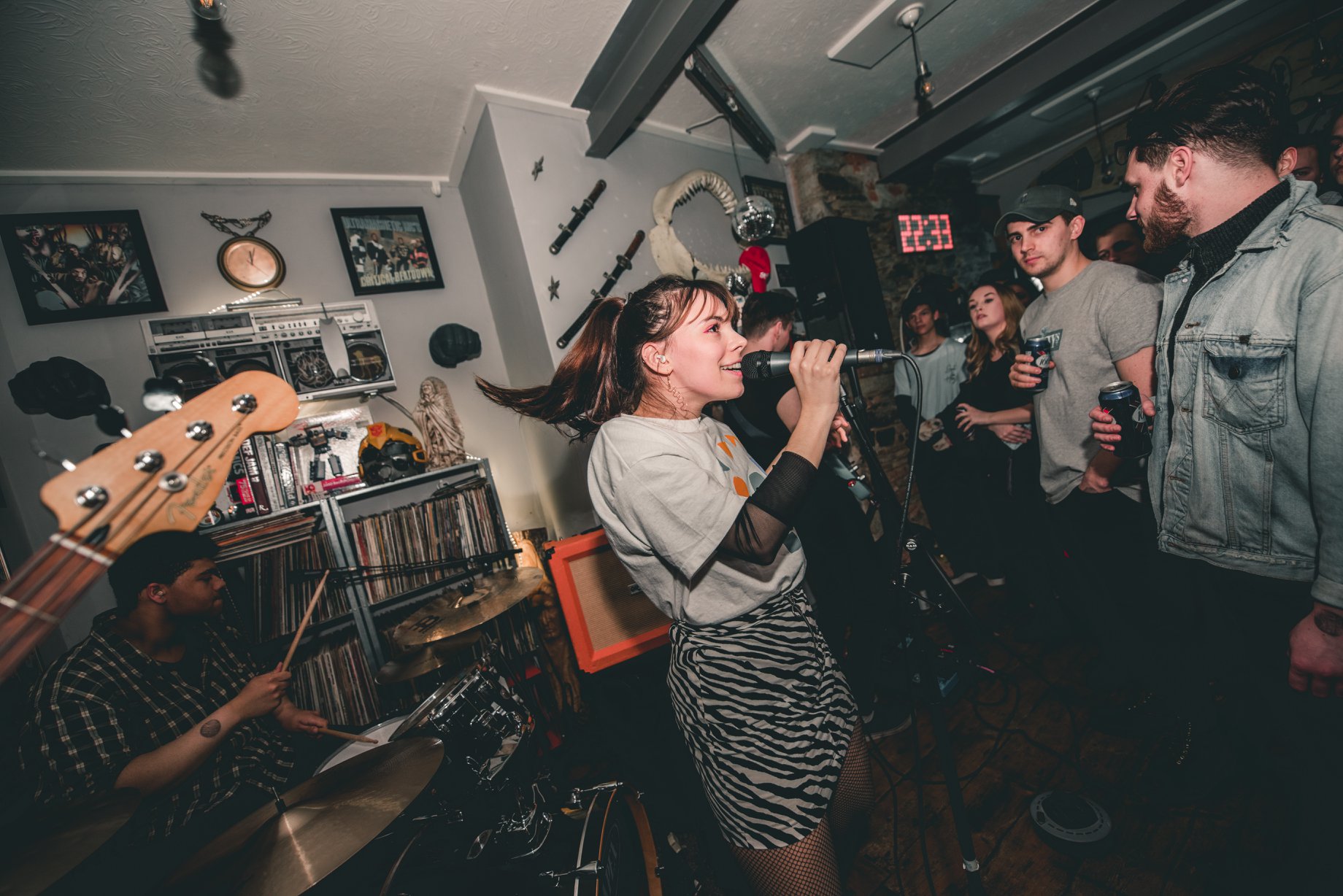 BAGGS played a truly incredible set, half of which I couldn’t actually breathe for because the venue was packed to the absolute brim. Performing songs off their newly released EP, plus a very special Robbie Williams cover, they had Blackdog Haircutters moshing, crowd-surfing, and literally hanging from the ceiling by the end of the night. 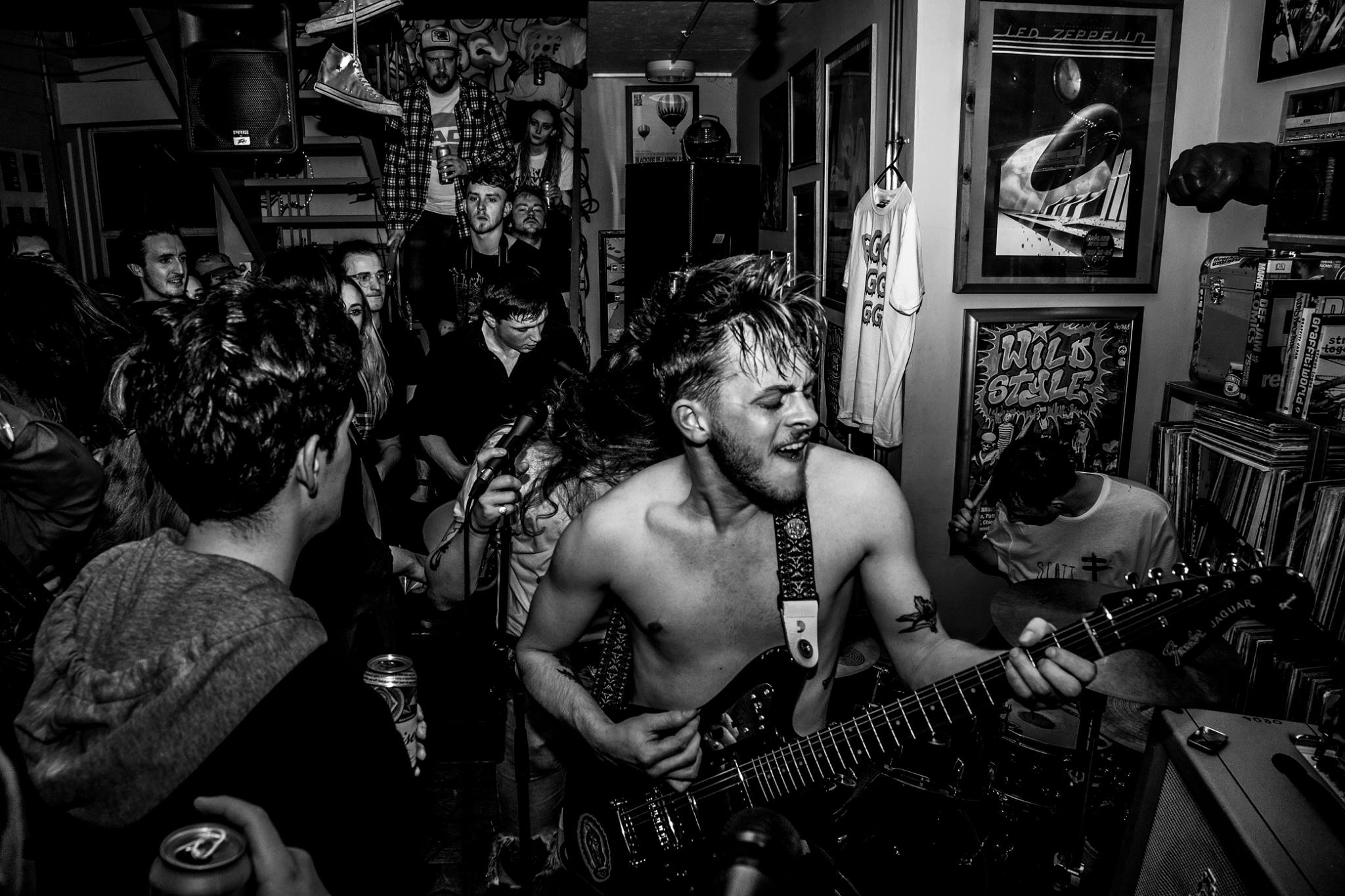 Every time I’ve had the pleasure of seeing these guys play live, I’ve never once been disappointed by their performance: the energy, the showmanship, the enjoyment, all of it creates an electrified atmosphere dripping with sweat. ‘Sunlight’, the third and final track on the EP, and arguably the best one in my opinion, is always a crowd-pleaser with fans; a slow but climatic track that is just too catchy to not sing along to. A slick and tight performance all round and hands down the biggest and gnarliest of all EP launches (sarnies substituted with Marmite). 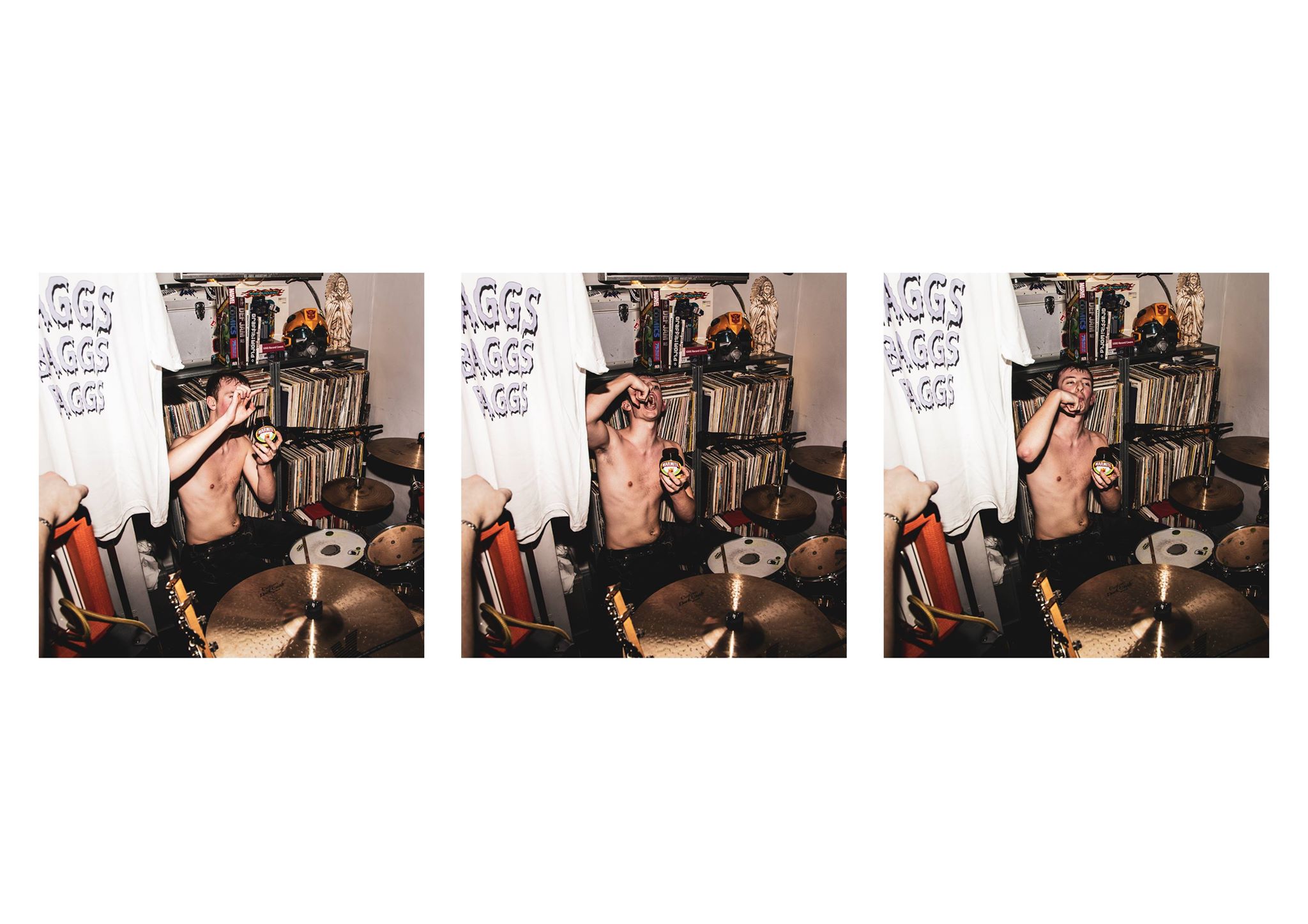