Jacob’s Ladder is a unique and intimate scene with the perfect platform for showcasing a range of musical talent. The events during my 3 years studying at Falmouth University have been standouts, with a diversity of bands coming out and continuously uplifting the music scene in Falmouth.

The event I attended this week at Jacob’s was no exception, with an adrenaline filled crowd taking in the exceptional talent of Indie Rock bands YOUTH and Flowers Of Palo. The two bands synchronised perfectly playing one after the other, adding vibrancy and flair to the February evening. 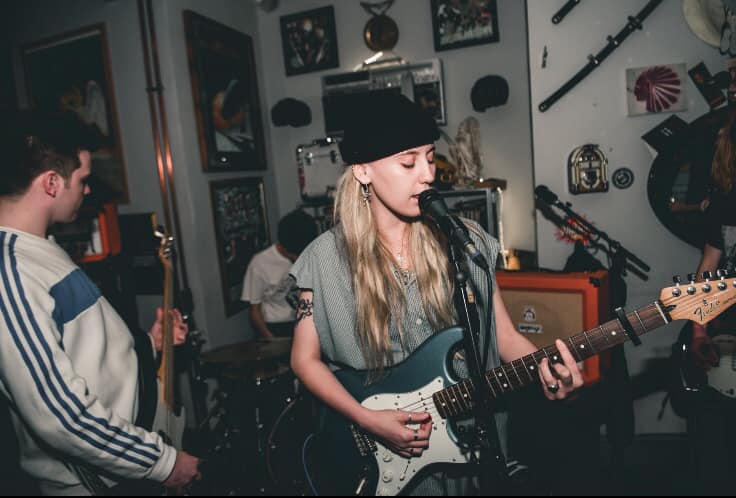 Event goers thrived in the atmosphere, with a continuous flow of drinks from the bar amongst the original music from both Cornish born bands. One audience member stated, “the atmosphere was amazing, everyone was dancing and the bands had a great rapport with the audience which made me want to get more involved”.

Being in such an enclosed space like Jacob’s Ladder, allowed both talents to embrace more of a connection with the audience. With both bands effectively holding good eye contact and a back and forth, almost conversational flow of words from their position on stage to the audience members.

I positioned myself right in the central part of the crowd to really get amongst the audience and see where their energy was when watching the bands. The elevation of sound even from slightly further back was incredible, with the vibrations of the bass coming right through the floor boards all the way to the back walls. Each member of the audience was encouraged by the bands to get involved, with sets that allowed people to dance and sometimes through themselves into the rhythms each band created.

Having followed the band Flowers Of Palo for a number of months leading up to the event I was eager to hear their live set for the first time. Flowers Of Palo are a four piece band; Emma Chamberlain as the lead singer, Oscar Agliano as lead guitarist, Bobs Doughty on bass and Connor Powell on drums. During their performance the band played only original material displaying their months of grafting and creation of unique sounds, including their newly released single on Soundcloud ‘June’. 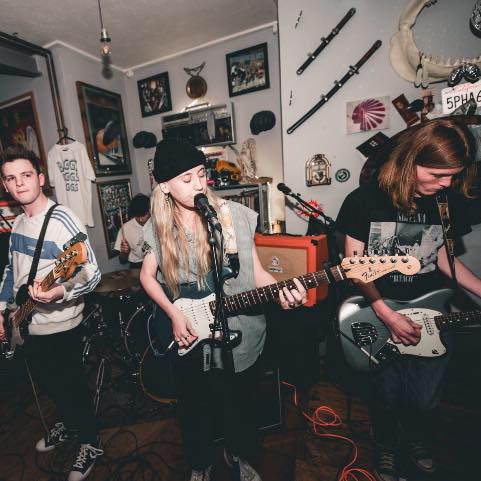 With the urge to know more details about the story of the band, I caught up with lead singer Emma Chamberlain to find out more.

“We were playing a gig at college when YOUTH’s lead singer walked by and saw, we later got a message that evening asking if we would like to open for them at Jacob’s”.

The band are regularly asked to perform in locations around the Cornwall area from gigs or musical events at their college in Truro where they study. A group that merely started off as friends discovered their flair as a musical group and have been making music together ever since.

Emma then went on to talk about her experience at Jacob’s that night “the best aspect of Jacob’s tonight has to be the crowd, everyone in here was so energetic and they really get into the music”. She adds. “it makes playing a gig here so easy and we always know it’s going to be a welcoming atmosphere with everyone there”

Being a newly established name in the music scene around Falmouth I eagerly asked when their next gig in the area would be, “we’ll be playing at the Killigrew Inn on April 8th, opening for Tugboat Captain And Lips”. She states, “the best part about doing this at the moment is being associated with bands you respect and who’s music you aspire to and I’m looking forward to seeing the Falmouth crowd again soon”.