Ex-Bethnal Green pupil Shamima Begum, who left the UK to join the Islamic State group in 2015, is asking to return to the UK. The now 19-year-old crossed into the Syrian border, along with two classmates, at the age of 15 to marry an ISIS fighter. Begum, who has been located at a Syrian refugee camp, told The Times she wants to come home for the benefit of her unborn child.

The teen is pregnant for the third time and is concerned about losing her baby following the death of her other children. Begum’s firstborn was buried only a month ago at the age of one year and nine months while her second born, an eight-month-old, passed away three months ago. Both deaths were reportedly due to nutrition-related illnesses. 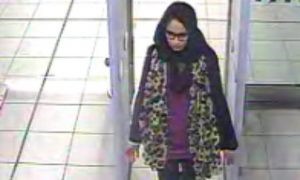 Begum shared her fears in an interview with The Times and claimed she “would do anything required just to be able to come home and live quietly with my child”.

Liane Lamble, from Paignton, thinks Begum should not return to the UK due to her choice to join Islamic State. Lamble said: “our men and women, have been killed over there. But she’s not bothered.”

Begum admitted that she could not endure the amount of suffering and hardship on the Islamic battleground and revealed the captivation and torture of her own husband in an IS prison.

There is great controversy surrounding Begum’s admission to the UK with a majority of the public wanting her kept off of British soil. Sophie Marchant, a medical science student from Devon said, “I don’t think she should be allowed back.” The PhD applicant claims that Begum was aware of her actions when she left the United Kingdom in 2015: “At the age of fourteen/fifteen you know enough about the world to know right from wrong.” 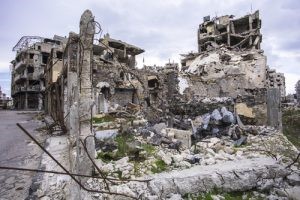 However, Nicky McElwee, from Bristol believes that Begum’s origin comes into play saying that “she’s a UK national and should be treated like anyone else”.

Botan Kuferdeli, a geopolitical activist, compared the scenario to 1940’s Germany: “If some British [person] fled to Germany to serve Hitler/Nazism and then wanted to return to Britain after WWII what would you do?”

McElwee claims we should be “asking ourselves” why a “vulnerable teenager” felt that joining the terrorist group was a good idea. The mother of one believes we should be investigating in order to “prevent others from ending up with the same fate.”