Tregoniggie businesses at a loss with roadwork disruption

Traffic lights on Bickland Water Road have been wreaking havoc around Tregoniggie and Bickland Industrial Estates. 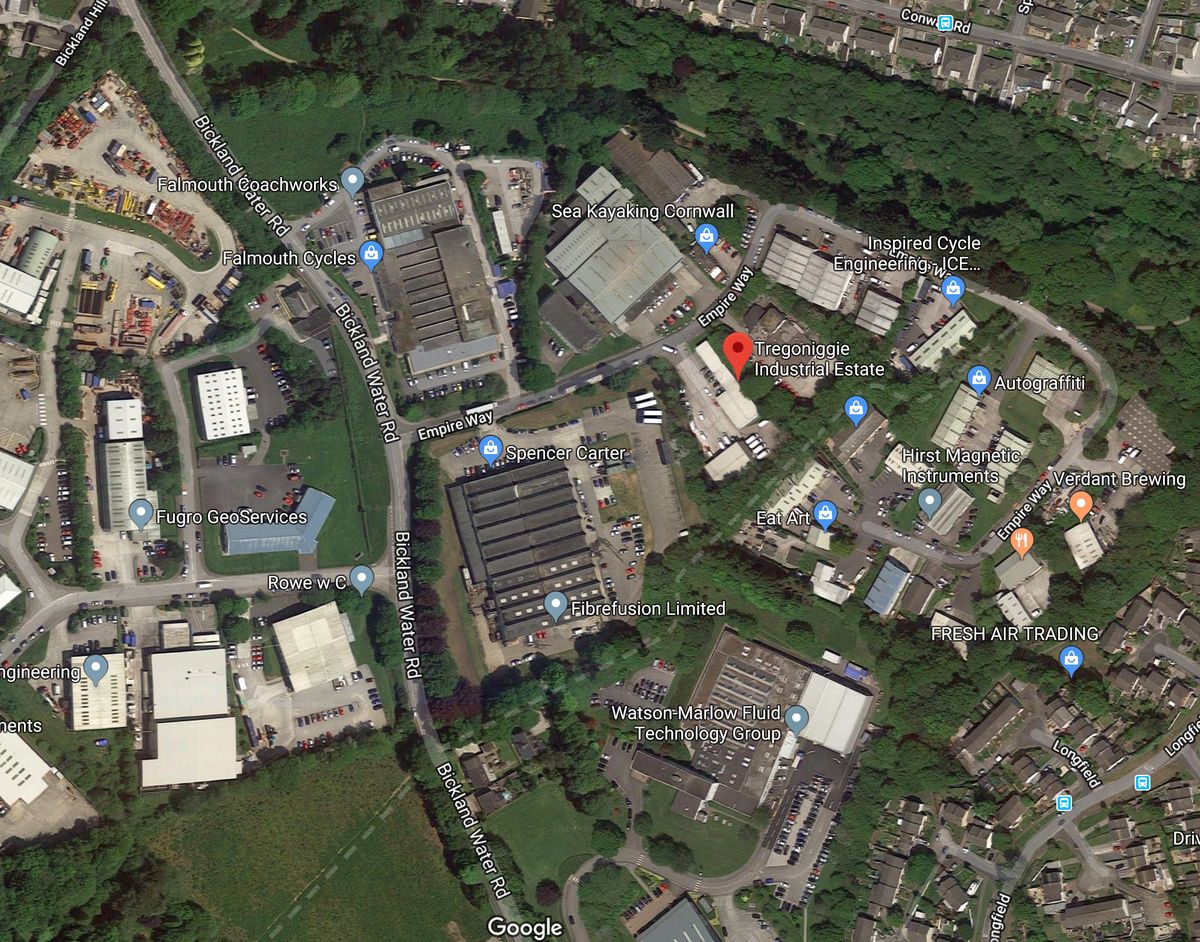 There are also roadworks on the Boslowick Road, where a stretch of the road was closed for around three months during the same period, resulting in a channel of traffic queueing at the traffic lights.

Businesses on the nearby estates have been severely affected by the ongoing works, with noticeable damage to yearly profits.

The roadworks were also delayed by up to three weeks due to ‘unforeseen utility works.’

Dawn Thomas, owner of Auto Graffiti told TruthFal how she has noticed a reduction in the number of customers visiting them “especially early morning during school time and afternoon school time.”

She added that although she lived five minutes down the road, it was taking up to twenty minutes to get home each day.

Although a lot of their business is conducted online or over the phone, she found that the biggest effect was customers not being able to visit to talk about their orders. She was made aware of the upcoming roadworks, however noted that “quite often there didn’t even appear to be anyone working.”

Marnick Joinery, part of Marnick Builders, is another business on the estate which was affected by the roadworks. Director, Lee Endean said deliveries were affected and customer numbers were dropping as they appeared to be “choosing to stay away from the area.” His company suffered an estimated 40% downturn over the six-month period, and Lee felt that a visit from Cormac or the Council to local businesses would have been appreciated. “The works were really frustrating and costly for businesses, and the delay just added salt to the wounds.”

Peter Adams, Director of Xpress Garage spoke to TruthFal about the works, which he called “a pretty poor show.”

“It had a really huge impact on my businesses because from my point of view, customers have to come to my business to obviously have work done – so we don’t go out and service customers like a lot of businesses on this industrial estate do. People have to get to us so, that’s had a massive knock on effect on customer footfall through the door.”

“If I was to put a monetary figure on it, looking at the facts and figures, I would say in the last 6 months while the roadworks have been in place, I’ve probably been down coming on to nearly £40,000 on reduced turnover.”

“Someone needs to be held accountable, and something needs to happen”

He added that the roadworks have disrupted the working day, with both staff and customers being late, which has caused problems with their tight schedule and meant they’ve had to reduce their workload to accommodate.

“I moaned to the Council several times – as many other businesses did on this estate and in the area – and it sort of fell on death ears really, they were trying to blame it on Persimmons… but it’s still Cormac that carried out the work and when you drive past, there were people stood around, playing with traffic lights, and no work being carried out.”

The director told how he had phoned the Council multiple times but was told that: “the person I needed to speak to doesn’t take calls from the public, so that’s great. So basically, yeah, I had the door shut in my face.”

“They need to be supporting local businesses, not hampering them”

He explained how he was informed of the roadworks but never imagined it would go on for so long: “The letter certainly didn’t say how bad it was going to be or the delays and massive knock effect that it’s had. It was quite a shock. I kept thinking it was going to go on and on and on – and now, six months later, that’s a half a year’s lost trade, lost customers.”

There is no law protecting businesses from roadworks and disruption like this, but Peter feels the Council should be looking at some kind of compensation for those affected. “I don’t see why I should pay a huge amount of money on rates when I have lost so much money and it wasn’t anything to do with me – I’m not going to benefit from it.”

“They need to be supporting local businesses, and not hampering them but from my point of view I don’t think the Council did anything to help the local businesses at all… but I think someone needs to be held accountable, and something needs to happen because people can’t afford to lose that amount of money.”

TruthFal have contacted Cornwall Council for a statement but are awaiting a response.