Losing the argument? Students protesting against fees in London in November 2016. Image: shutterstock.com

The smell of burning rubber was palpable in Manchester when Theresa May announced her U-turn on tuition fees at the Tory Party conference. But, her decision to cap fees at £9k per year and raise the payback threshold to £25k per annum seems to be playing well on South Cornwall’s campuses.

In an extensive vox pop conducted by Journalism students at Falmouth University, TRUTHFal posed searching questions about the Prime Minister’s sudden offer to ease graduates’ financial burdens and got some startling responses – very startling for Jeremy Corbyn, whose pledge to abolish tuition fees clearly lacks credibility among many young people.

The swing away from Corbyn to May on this crucial issue was explained forthrightly by Teegan Egerton, a fashion photography student at Falmouth: “Originally, of course Corbyn had my vote when he said he was going to scrap tuition fees altogether because that would be amazing. But it’s not realistic. Theresa’s policy is more realistic.”

Oscar Fiske, a marine and natural history photography student at Falmouth, was pleasantly taken aback by the Prime Minister’s announcement: “That’s changed my views on the Conservative Party quite a bit. It’s more realistic than what Jeremy Corbyn was offering.”

While it is far from difficult to find Corbynistas lurking in the tropical gardens at Woodlane or kicking the autumn leaves at the Penryn campus, what is striking is how even some of them question the Labour leader’s capacity to deliver on his bold declaration to make student debt in England history.

“May is more of a leader than Corbyn, who’s a derailed history teacher,” says Fred Ellis, a second-year marine and natural history photography student. “Although Corbyn should have the vote of the younger generation, I don’t think he has thought through his policies and how he’s going to get the money he needs to fund them.”

Peter Bennett, studying mining engineering at Exeter, sees the wisdom in offering free university tuition. “But I don’t think promises from Jeremy Corbyn hold much weight,” he said. “I don’t trust his motives or his implementation of his policies.” 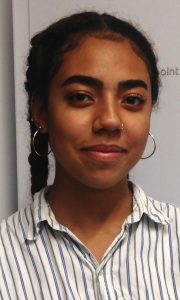 Fashion photography student Jocelin Allen: “I would want my vote back if Corbyn doesn’t go through with scrapping fees.” 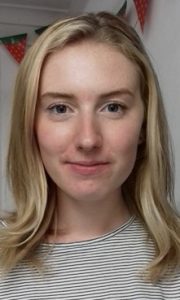 Even worse news for the Labour leader – and his party’s prospects of toppling the Tories in Truro and Falmouth after whittling down their majority from 14,000 to 4,000 – young voters here already believe they’ve been badly let down by Labour. “I feel that Corbyn has given some students false hope,” commented Amy Trugian, who’s studying illustration at the Woodlane campus.

Megan Malpas, doing drama at AMATA, made the same point more dramatically: “Corbyn can dangle free tuition before our eyes, but it’s like a donkey running after a carrot on a string. We’ll never be free of them. It’s just a foolish thing to say.”

Callum Perry, reading history and politics at Exeter, believes Corbyn is already another Nick Clegg when it comes to writing off student debt. “It’s pretty much an identical repeat of what the Liberal democrats did in 2010. As soon as Labour looked at the figures, they also quickly realised it was completely unviable.”

Jocelin Allen, 19, a fashion photography student at Falmouth, still supports Corbyn but would feel betrayed if he failed to get rid of tuition fees. “I would want my vote back if he doesn’t go through with it,” she warns.

She also worries whether a Labour government could generate enough funding for universities if students were no longer taking out loans. “Would that mean the standards of degrees and of staffing wouldn’t be as good?” is the question she poses.

Emily Burton, taking zoology at Exeter, shares this concern about ending student loans. “For us students it’s better to scrap them, but for the people who run the universities and who work in them, they would get paid less and the quality wouldn’t be as good.”

Josh King, a games design student at Falmouth, fears FE colleges would find their funding slashed under a future Labour Government. “I can’t stand it when Corbyn says he is a man of the people and for the lower classes,” he fumes. “He would screw over further education and those wanting to go into a trade would suffer under him.”

She has more confidence in May’s policy of freezing fees at £9,000. “But, to be honest,” she swiftly adds, “we’ll be in enough debt already so what’s a few grand more?”

Her fatalistic attitude sums up what seems to be the consensus at both the Penryn and Falmouth campuses among a generation which grew up expecting to take out loans to study at university and being saddled with debts for doing so. They’re just grateful for May’s small mercies.

Full details of the TruthFal survey on tuition fees and student debt will be posted on this site in the coming weeks. Watch this space.