Imposter Syndrome is an internal experience of believing that you are not as competent as others perceive you to be. Freelance journalist Lennox Morrison talks about how she overcame this after an unexpected head first start into the world of Journalism. 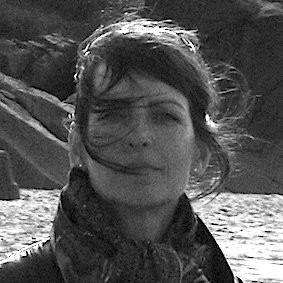 Linguist, lecturer, and astounding freelance journalist – Lennox Morrison has led a multi-cultural lifestyle in countless countries whilst exploring many different areas of journalism. She was associate producer for Lorraine Kelly, a columnist for the Wall Street Journal, a reporter for a Daily Mail Scottish TV series, a series-writer for the BBC and so much more. “One year there were 9 months out of 12 I did not sleep in my own bed,” Lennox said.

“I can help them find their path.”

However, even someone with incredible talent and experience has felt like an imposter. As a lecturer, at Christ Church university, Lennox helps her students to become more prepared for the industry; “I can help them find their path,” she said.

Lennox started off as a translator in Germany. Exploring culture was of the upmost importance to her. “I was very keen to get out of Aberdeen and experience other cultures. I wanted to do that in depth and you can only do that if you speak the language,” said Lennox.

“…but very quickly realised I needed a whole set of skills…”

Journalism ended up as a happy accident. During her mid 20’s a friend entered her article into a competition ran by the Evening Standard. She not only won runner up but also some brilliant commissions. She then submitted an article herself to Cosmopolitan magazine’s annual competition for those seeking to get into journalism. She, again, won runner up and, again, more commissions. A phenomenal 2 wins in the space of 12 months.

After this she gave up her translating job, returned to the UK to freelance for 6 months whilst living with her parents. Although, an interesting start it also meant she went headfirst into the world of journalism. During her time in the UK, she quickly realised she was missing valuable knowledge and skills. “I started through freelancing but very quickly realised I needed a whole set of skills that were best learnt in the workplace,” said Lennox.

“It was a nice telling off.”

Despite the fact Lennox had been runner up in two prestigious competitions, when she approached various journalists and editors in Scotland, she was told – quite clearly – she was ‘too old’, she did not have the right experience and she would never be allowed to join the NUJ. 3 years later Lennox was working for a newspaper in London and progressing in her career, but all that time she felt like an imposter. Lennox thought as she did not have the same experience as her colleagues, she should be grateful to be there. One night in the pub she was talking to one of her male superiors about this – he turned to her and said, “For goodness sake I’m tired of hearing you say this, you are a brilliant journalist just stop talking about how fortunate you are to be here.” This hit her hard but opened her eyes, “It was a very nice telling off,” Lennox said.

The reality is everyone is an imposter, all trying to figure out where they fit in the world. It’s about realising you deserve to be there just as much as anybody else, even that person sat next to you in the pub.